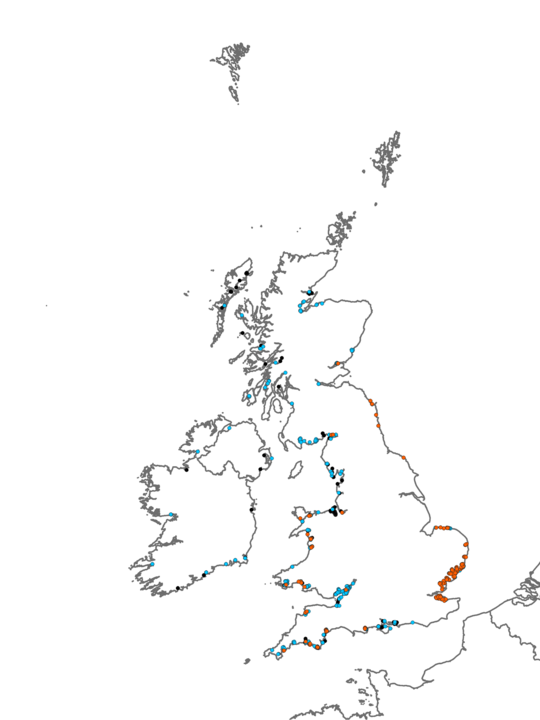 Mainly mid and lower shore sandy mud or mud in lower estuaries, sheltered bays and marine inlets, often subject to variable salinity. The main characterising species are the ragworm Hediste diversicolor, the baltic tellin Macoma balthica, and the oligochaetes Tubificoides benedii and T. pseudogaster. Further polychaetes that are often common or abundant include Pygospio elegans, Streblospio shrubsolii, Tharyx killariensis, Aphelochaeta marioni, Capitella capitata and Manayunkia aestuarina. The oligochaete Heterochaeta costata and the mud shrimp Corophium volutator may be abundant. The spire shell Hydrobia ulvae is often common. Other species which occur in a significant proportion of samples include the polychaetes Eteone longa and Nephtys hombergii, and bivalves such as the cockle Cerastoderma edule and Abra tenuis. The sand gaper Mya arenaria is superabundant in about a quarter of the samples for this biotope. M. arenaria is probably present in a higher proportion of areas of this biotope, but may be missed in core samples due to its size.

Enteromorpha spp. and Ulva lactuca may form mats on the surface of the mud during the summer months, particularly in areas of nutrient enrichmnent.

Occurs in almost fully marine conditions on the upper shore of sheltered coasts. H. diversicolor is absent, but Arenicola marina is abundant. There are fewer mollusc species, and H. ulvae is absent.

Occurs in similar physical conditions. The most notable difference is the presence of superabundant S. plana.

Tends to occur lower on the shore in slightly more exposed conditions. There is a reduced infaunal diversity, H. diversicolor is not always present, and the bivalves C. edule and M. arenaria are absent.

Occurs lower on the shore in less saline and more sheltered conditions, i.e. further towards the head of estuaries. The infauna is characterised purely by H. diversicolor and oligochaets. Molluscs are virtually absent. 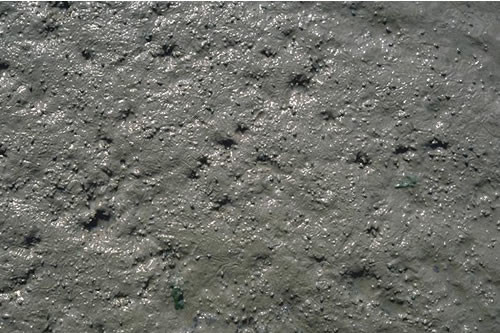 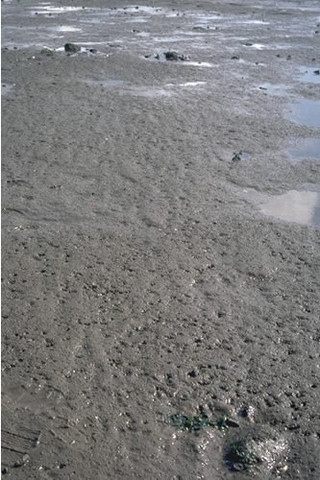