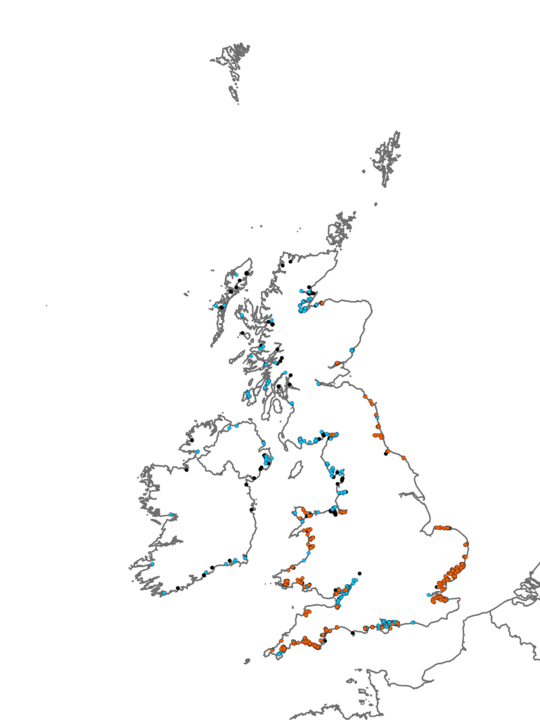 Shores of fine particulate sediment, mostly in the silt and clay fraction (particle size less than 0.063 mm in diameter), though sandy mud may contain up to 40% sand (mostly very fine and fine sand). Littoral mud typically forms extensive mudflats, though dry compacted mud can form steep and even vertical structures, particularly at the top of the shore adjacent to saltmarshes. Little oxygen penetrates these cohesive sediments, and an anoxic layer is often present within millimetres of the sediment surface. Littoral mud can support communities characterised by polychaetes, bivalves and oligochaetes. Most muddy shores are subject to some freshwater influence, as most of them occur along the shores of estuaries. Mudflats on sheltered lower estuarine shores can support a rich infauna, whereas muddy shores at the extreme upper end of estuaries and which are subject to very low salinity often support very little infauna.

Muddy shores are principally found along the shores of estuaries where there is enough shelter from wave action to allow fine sediment to settle. Muddy shores may also be present in sheltered inlets, straits and embayments which are not part of major estuarine systems.

Enteromorpha spp. and Ulva lactuca may form mats on the surface of the mud during the summer months, particularly in areas of nutrient enrichment or where there is significant freshwater influence.