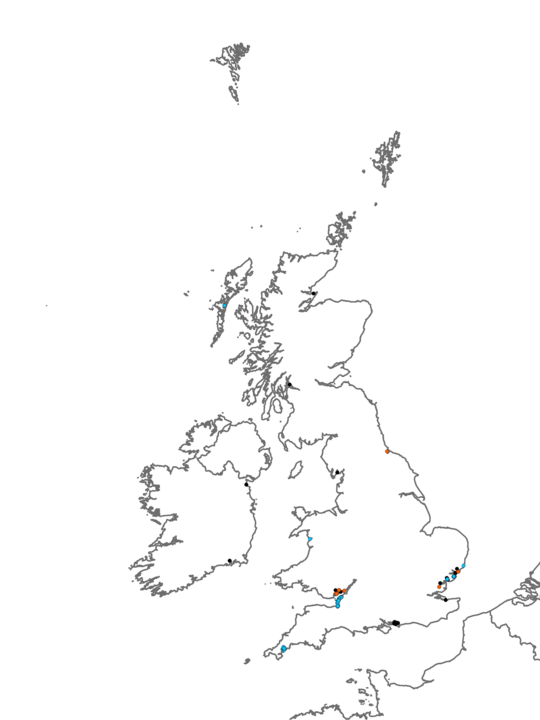 Soft mud with a fine sand fraction, in variable salinity conditions, typically close to the head of estuaries. The infauna is dominated by the polychaete worm Streblospio shrubsolii, the polychaete Nephtys hombergii, oligochaetes of the genus Tubificoides, and the Baltic tellin Macoma balthica. The ragworm Hediste diversicolor and the spire shell Hydrobia ulvae are often common or abundant.

NhomMacStr occurs in mid estuary conditions, usually on the low shore. Tben and Hed.Ol may occur higher up the shore, as well as further towards the upper estuary.

Occurs in lower salinities, in mud with a smaller sand fraction, at the head of estuaries. The infauna is a lot poorer, consisting almost exclusively of oligochaetes and, in some cases, Capitella capitata.

Tends to occur in more reduced salinities, further towards the head of estuaries. The polychaete assemblage is poorer, and molluscs are virtually absent. It is the presence of M. balthica and H. ulvae that primarily distinguishes NhomMacStr from Hed.Ol.

These communities occur further down estuaries towards the open coast, in more saline conditions. The infauna is similar, though the ragworm H. diversicolor is always abundant, and both N. hombergii and S. shrubsolii are often absent. The bivalve assemblage tends to be more diverse.