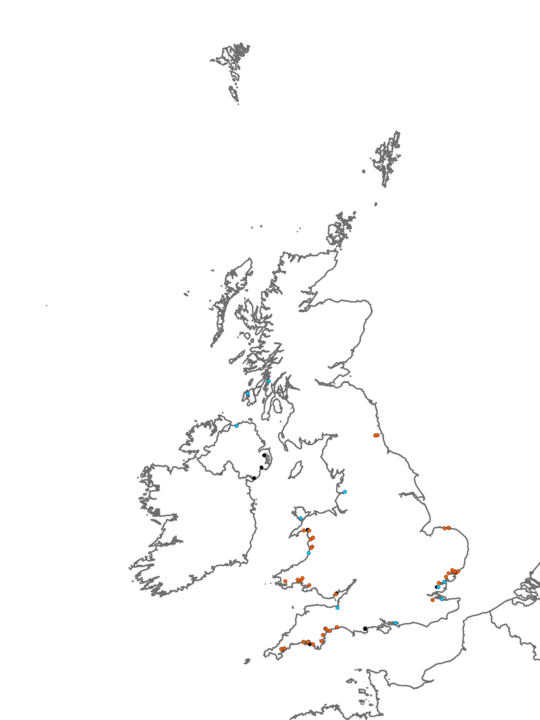 A species-poor community found in mud or slightly sandy mud in low salinity conditions, typically at the head of estuaries. The infauna is dominated by the ragworm Hediste diversicolor which is typically superabundant. Oligochaetes, including tubificids and Heterochaeta costata, can be abundant, as well as spionids. The peppery furrow shell Scrobicularia plana may be present in low abundances. The mud is often very soft and fluid, with a 'wet' surface appearance, or it may be compacted and form steep banks in the upper parts of macro-tidal estuaries and along saltmarsh creeks.

There are three oligochaete dominated upper estuarine mud biotopes. Tben is the most extreme upper estuarine biotope, occurring at the head of estuaries where there is a very strong freshwater influence. Further towards the mid estuary, this biotope may occur at the top of the shore, with Hed.Ol further down. NhomStr occurs furthest towards the mid estuary, or on the lower shore with Hed.Ol and Tben higher up.

Occurs in similar physical conditions, but further up towards the head of estuaries. The species assemblage is much poorer, consisting only of oligochaetes and, in some cases, Capitella capitata.

Occurs in similar physical conditions, but possibly lower down in estuaries (more saline). The polychaete assemblage is more diverse, and both Hydrobia ulvae and Macoma balthica are characterising species. It is the presence of these two species that primarily distinguishes NhomMacStr from upper estuarine mud biotopes.

Occurs in similar physical conditions. The infauna is more diverse, with abundant Streblospio shrubsolii and a range of oligochaetes.

Occurs in similar physical conditions. The main difference in the infaunal species composition is the presence of common Corophium volutator. 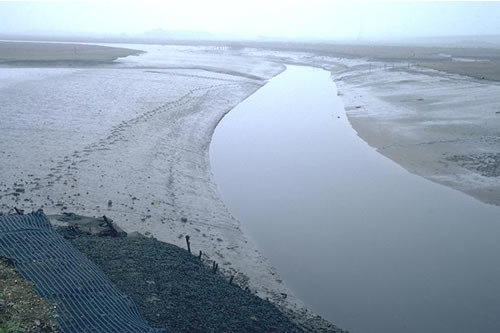