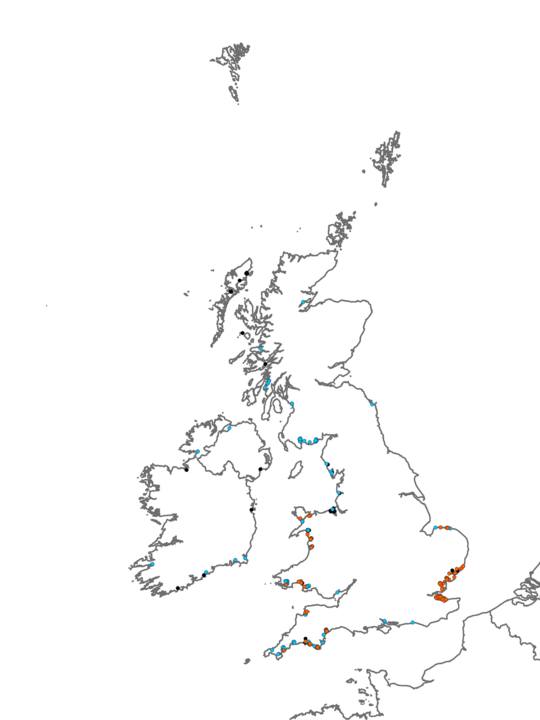 Mainly mid shore mud or sandy mud subject to variable salinity on sheltered estuarine shores. Typically, the sediment is wet in appearance and has an anoxic layer below 1 cm depth. The surface of the mud has the distinctive 'crow's foot' pattern formed by the peppery furrow shell Scrobicularia plana. The infauna is additionally characterised by a range of polychaete and bivalve species, including the ragworm Hediste diversicolor, Pygospio elegans, Streblospio shrubsolii, Tharyx killariensis and the baltic tellin Macoma balthica. Oligochaetes, most notably Tubificoides benedii, and the spire shell Hydrobia ulvae may be abundant. Other species that sometimes occur in this biotope are the cockle Cerastoderma edule, the sand gaper Mya arenaria and the polychaetes Eteone longa and Nephtys hombergii.

HedMacScr may occur on the same shores as NhomMacStr, HedMac, NhomAph, Hed.Str and Hed.Cvol. Higher up on the shore, and/or further towards the head of the estuary, Hed.Ol may occur, changing to Tben at the upper extreme of the estuary.

Tends to occur in sandier sediments, in slightly more exposed conditions, on the lower shore. There is a reduced infaunal diversity, H. diversicolor is not always present, and the cockle C. edule does not occur.

Tends to occur lower down on slightly more exposed, marine shores, with a reduced infaunal diversity. Bivalves are absent.

Tends to occur slightly higher on the shore, in more sheltered conditions. The infauna is less diverse, with lower numbers of oligochaete and polychaete species. Bivalves are virtually absent.

Occurs further towards inner estuaries, in less saline conditions. The infauna is similar, though the ragworm H. diversicolor is often absent, and both N. hombergii and S. shrubsolii are almost always abundant. No bivalves except M. balthica occur. 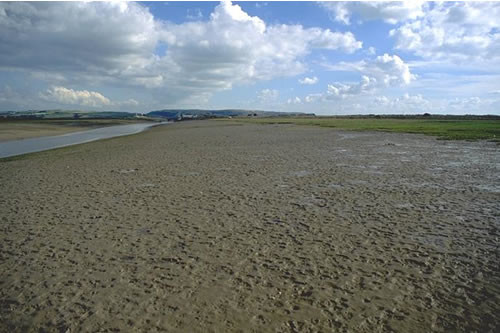 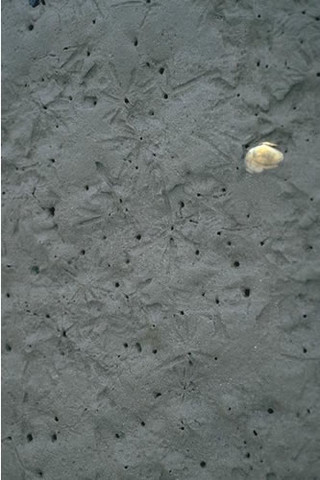