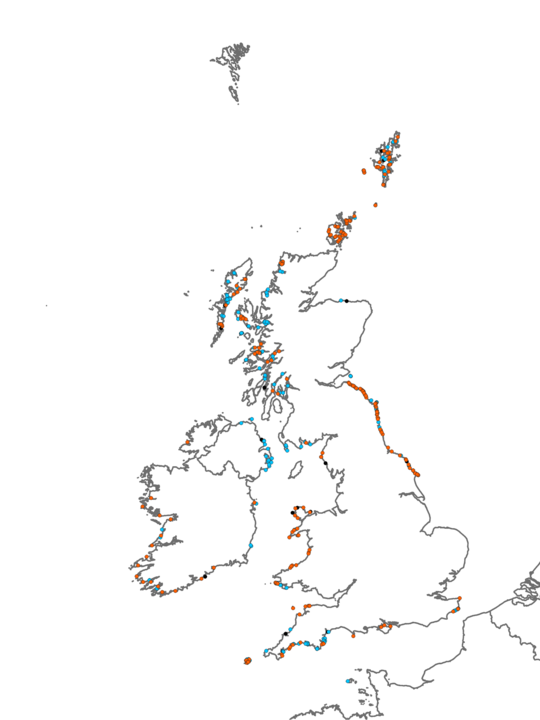 Exposed to sheltered sublittoral fringe bedrock dominated by a dense canopy of Laminaria digitata, often with a wide range of filamentous and foliose red seaweeds beneath. The most frequently occurring red seaweeds are Palmaria palmata, Corallina officinalis, Mastocarpus stellatus, Chondrus crispus, Lomentaria articulata and Membranoptera alata. Generally the rocky substratum is covered by encrusting coralline algae, on which occasional limpets Patella vulgata and topshells Gibbula cineraria graze. A wide variety of fauna occurs, some of the most commonly occurring species being the sponge Halichondria panicea and the tube-building polychaete Pomatoceros triqueter. Kelp holdfasts provide a refuge for a varied assemblage of species such as sponges and the limpet Helcion pellucidum, while encrusting bryozoans such as Electra pilosa more often are found on the fronds of foliose red seaweeds. Solitary ascidians may be locally abundant where overhanging or vertical rock occurs, while the hydroid Dynamena pumila can be abundant on Fucus serratus and Laminaria sp. fronds. On exposed, wave-surged shores, the robust red seaweeds M. stellatus, C. crispus and C. officinalis can form a dense turf beneath the kelp along with the occasional green seaweed Ulva lactuca. Similarly on such shores the mussel Mytilus edulis can occur in extremely dense aggregations on the rock, beneath the kelp canopy.

This biotope is usually found on the extreme low shore below the Fucus serratus zone (Fser) and above the truly sublittoral Laminaria hyperborea zone (Lhyp).

Alaria esculenta is generally at least Common in this biotope and/or of similar abundance to L. digitata, with dense mussels and barnacles overgrowing coralline-encrusted rock.

L. digitata on moderately exposed boulder shores and occasionally on exposed or sheltered shores. Other canopy-forming kelps such as A. esculenta and Laminaria saccharina are not present in this biotope. 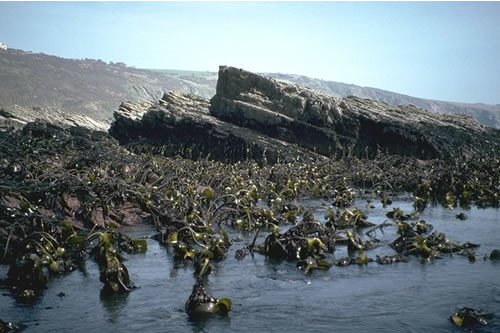 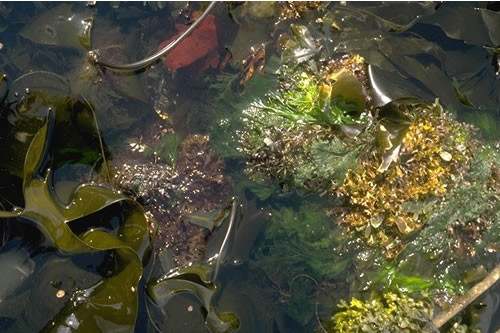