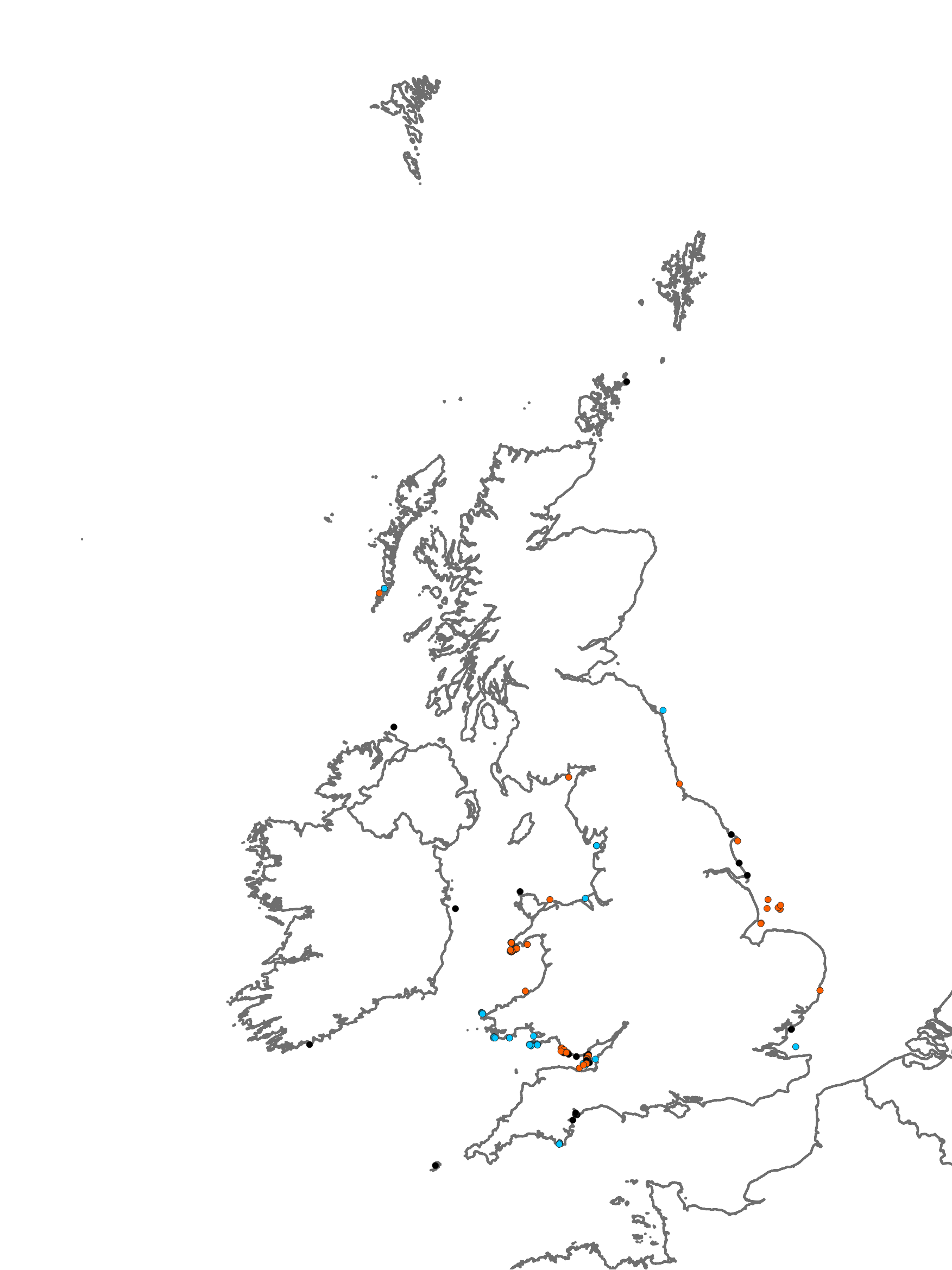 On infralittoral sandbanks and sandwaves and other areas of mobile medium-coarse sand, populations of interstitial polychaetes may be found. These habitats consist of loosely packed grains of sand forming waves up to several metres high often with gravel, or occasionally silt, in the troughs of the waves. This biotope is commonly found both inshore along the east coast of the UK e.g. around the Race Bank, Docking Shoal and Inner Dowsing banks (IECS, 1995; IECS, 1999), and in the Southern Bight of the North Sea and off the Belgian coast (Degraer et al. 1999; Vanosmael et al. 1982). These habitats support interstitial communities living in the spaces between the grains of sand, in particular hesionurid polychaetes such as Hesionura elongata and Microphthalmus similis, along with protodrilid polychaetes such as Protodrilus spp. and Protodriloides spp. Other important species may include Turbellaria spp. and larger deposit feeding polychaetes such as Travisia forbesii. An important feature of this biotope which is not reflected in much of the available data is the importance of the meiofaunal population which may exceed the macrofaunal population both in terms of abundance and biomass (Willems et al. 1982).

This biotope is commonly found both in shore adjacent to the coast, and further away from the coast.

More mobile and found on finer sediments than HeloMsim. More faunally impoverished as a result of this mobility.

Glap has a gravel fraction and is more faunally impoverished