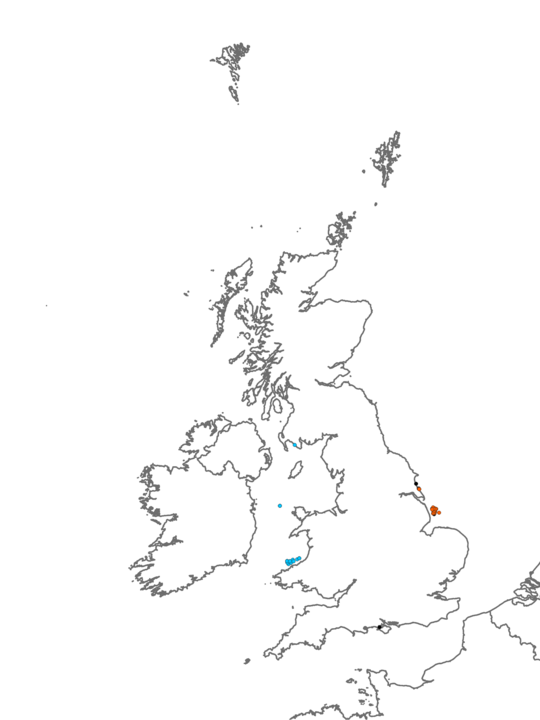 In coarse gravelly or shelly sand sometimes with a slight mud content, along open coasts in depths of 10 to 30m, and in shallower offshore areas, an impoverished community characterised by Protodorvillea kefersteini may be found. This biotope has a number of other species associated with it including Nemertea spp., Caulleriella zetlandica, Minuspio cirrifera, Glycera lapidum, Ampelisca spinipes and numerous other polychaete species all occurring at low abundances. The polychaete Sabellaria spinulosa is also found in low numbers in this biotope

This biotope has been reported in the North Sea along the Norfolk/Lincolnshire coast located in and around marine aggregate dredging areas (IECS, 1999).

This biotope may be quite variable both spatially and temporally in terms community structure and also sediment type which is often borderline between the SCS complex and the SMX complex.

MedLumVen is more diverse than the current biotope and it is possible that Pkef is a disturbed or transitional variant of the MedLumVen due to dredging activities or storm events.

A deep water variant of Pkef