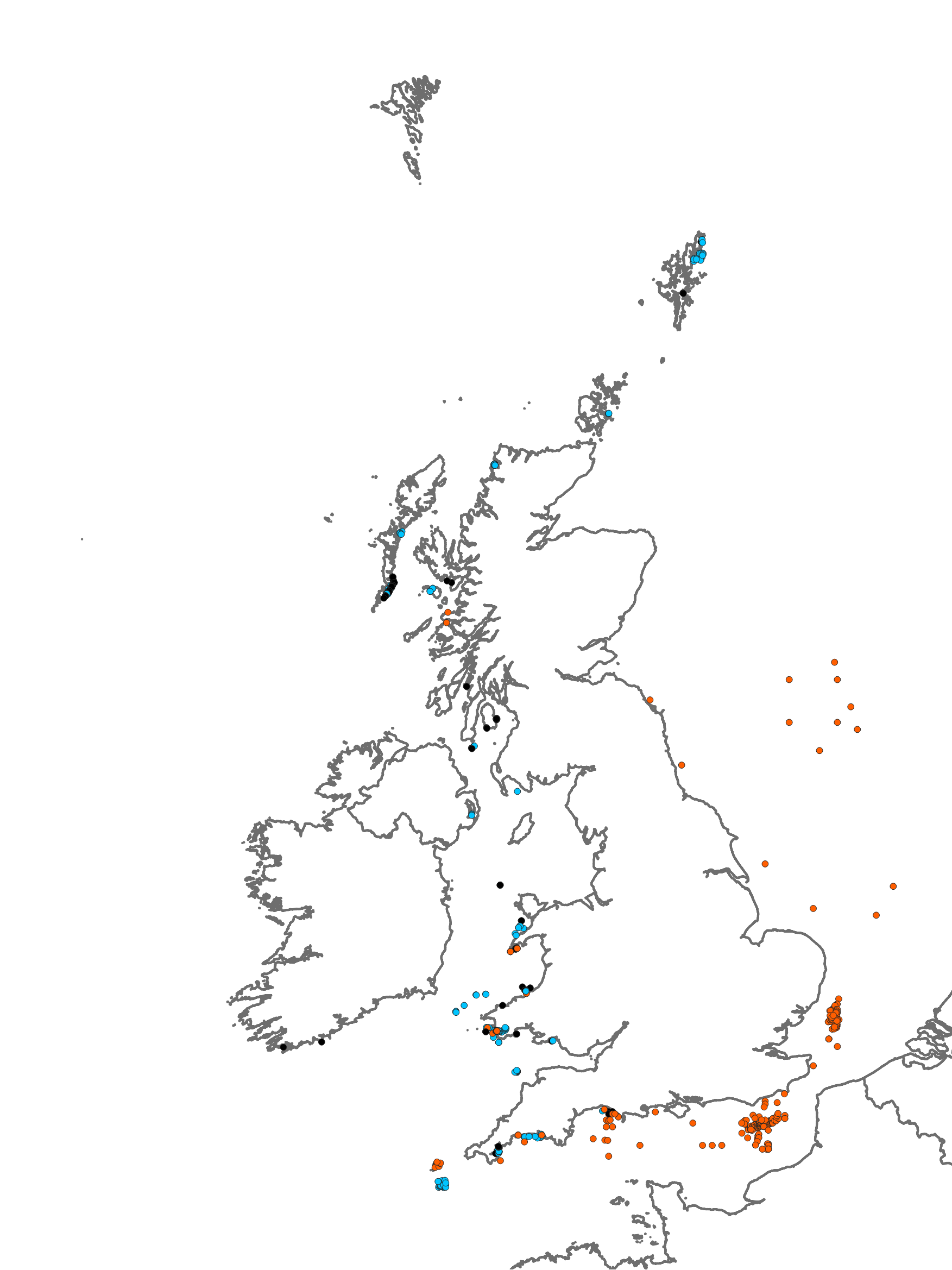 Circalittoral gravels, coarse to medium sands, and shell gravels, sometimes with a small amount of silt and generally in relatively deep water (generally over 15-20m), may be characterised by polychaetes such as Mediomastus fragilis, Lumbrineris spp., Glycera lapidum with the pea urchin Echinocyamus pusillus. Other taxa may include Nemertea spp., Protodorvillea kefersteini, Owenia fusiformis, Spiophanes bombyx and Amphipholis squamata along with amphipods such as Ampelisca spinipes. This biotope may also be characterised by the presence of conspicuous venerid bivalves, particularly Timoclea ovata. Other robust bivalve species such as Moerella spp., Glycymeris glycymeris and Astarte sulcata may also be found in this biotope. Spatangus purpureus may be present especially where the interstices of the gravel are filled by finer particles, in which case, Gari tellinella may also be prevalent (Glemarec 1973). Venerid bivalves are often under-sampled in benthic grab surveys and as such may not be conspicuous in many infaunal datasets. Such communities in gravelly sediments may be relatively species-rich and they may also contain epifauna such as Hydroides norvegicus and Pomatoceros lamarcki. In sand wave areas this biotope may also contain elements of the FfabMag biotope, particularly Magelona species. This biotope has previously been described as the 'Deep Venus Community' and the 'Boreal Off-Shore Gravel Association' by other workers (Ford 1923; Jones 1950) and may also be part of the Venus community described by Thorson (1957) and in the infralittoral etage described by Glemarec (1973). SCS.MedLumVen may be quite variable over time and in fact may be closer to a biotope complex in which a number of biotopes or sub-biotopes may yet be defined. For example, Ford (1923) describes a 'Series A' and a 'Series B' characterised by Echinocardium cordatum-Chamelea gallina and Spatangus purpurea-Clausinella fasciata. Furthermore, mosaics of cobble and lag gravel often contain ridges of coarse gravelly sand and these localised patches are also characterised by robust veneriid and similar bivalves including Arcopagia crassa, Laevicardium crassum and others including Glycymeris glycymeris (E.I.S. Rees pers. comm.. 2002). This high porosity fine gravel or coarse sand may be a separate biotope.

This biotope and variants of it make up a significant proportion of the offshore Irish Sea benthos (Mackie, Oliver & Rees 1995).

MedLumVen may be quite variable over time.

MoeVen is the shallow water variant of the current biotope

Pkef is more impoverished and less diverse than MedLumVen. It is possible that Pkef is a disturbed or transitional variant of MedLumVen resulting from dredging activities or storm events.