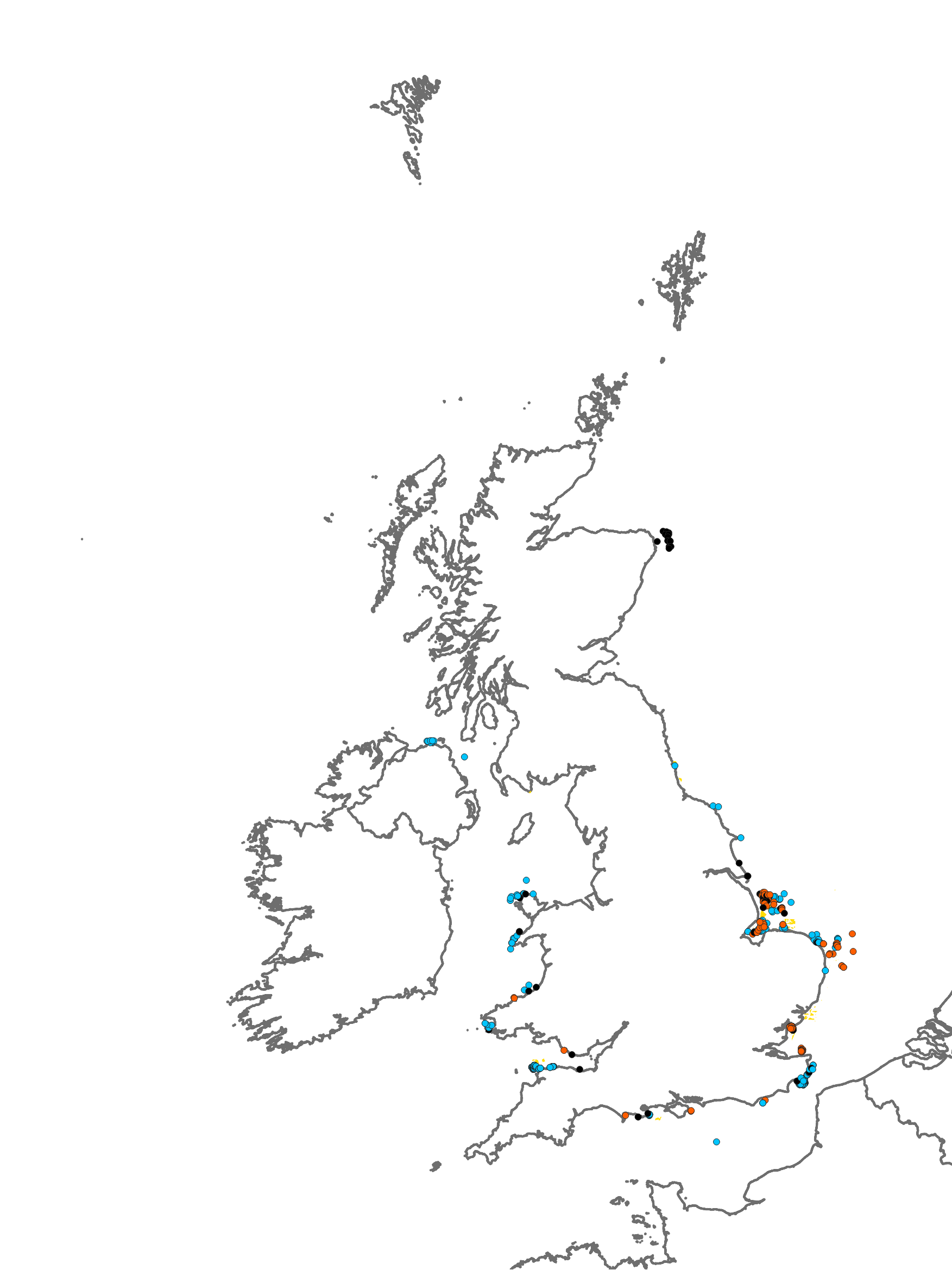 The tube-building polychaete Sabellaria spinulosa at high abundances on mixed sediment. These species typically forms loose agglomerations of tubes forming a low lying matrix of sand, gravel, mud and tubes on the seabed. The infauna comprises typical sublittoral polychaete species such as Protodorvillea kefersteini, Pholoe synophthalmica, Harmothoe spp, Scoloplos armiger, Mediomastus fragilis, Lanice conchilega and cirratulids, together with the bivalve Abra alba, and tube building amphipods such as Ampelisca spp. The epifauna comprise a variety of bryozoans including Flustra foliacea, Alcyonidium diaphanum and Cellepora pumicosa, in addition to calcareous tubeworms, pycnogonids, hermit crabs and amphipods. The reefs formed by Sabellaria consolidate the sediment and allow the settlement of other species not found in adjacent habitats leading to a diverse community of epifaunal and infauna species. The development of such reefs is assisted by the settlement behaviour of larval Sabellaria which are known to selectively settle in areas of suitable sediment and particularly on existing Sabellaria tubes (Tait and Dipper, 1997; Wilson 1929). These reefs are particularly affected by dredging or trawling and in heavily dredged or disturbed areas an impoverished community may be left (e.g. Pkef) particularly if the activity or disturbance is prolonged. However, it is likely that reefs of S. spinulosa can recover quite quickly from short term or intermediate levels of disturbance as found by Vorberg (2000) in the case of disturbance from shrimp fisheries and recovery will be accelerated if some of the reef is left intact following disturbance as this will assist larval settlement of the species.

S. spinulosa reefs are often found in areas with quite high levels of natural sediment disturbance

In some areas the reefs are periodically destroyed by storm events leading to a cyclical shift in biotopes from SspiMx to other biotopes e.g. Pkef or AalbNuc with re-establishment of the Sabellaria colonies in the following year.