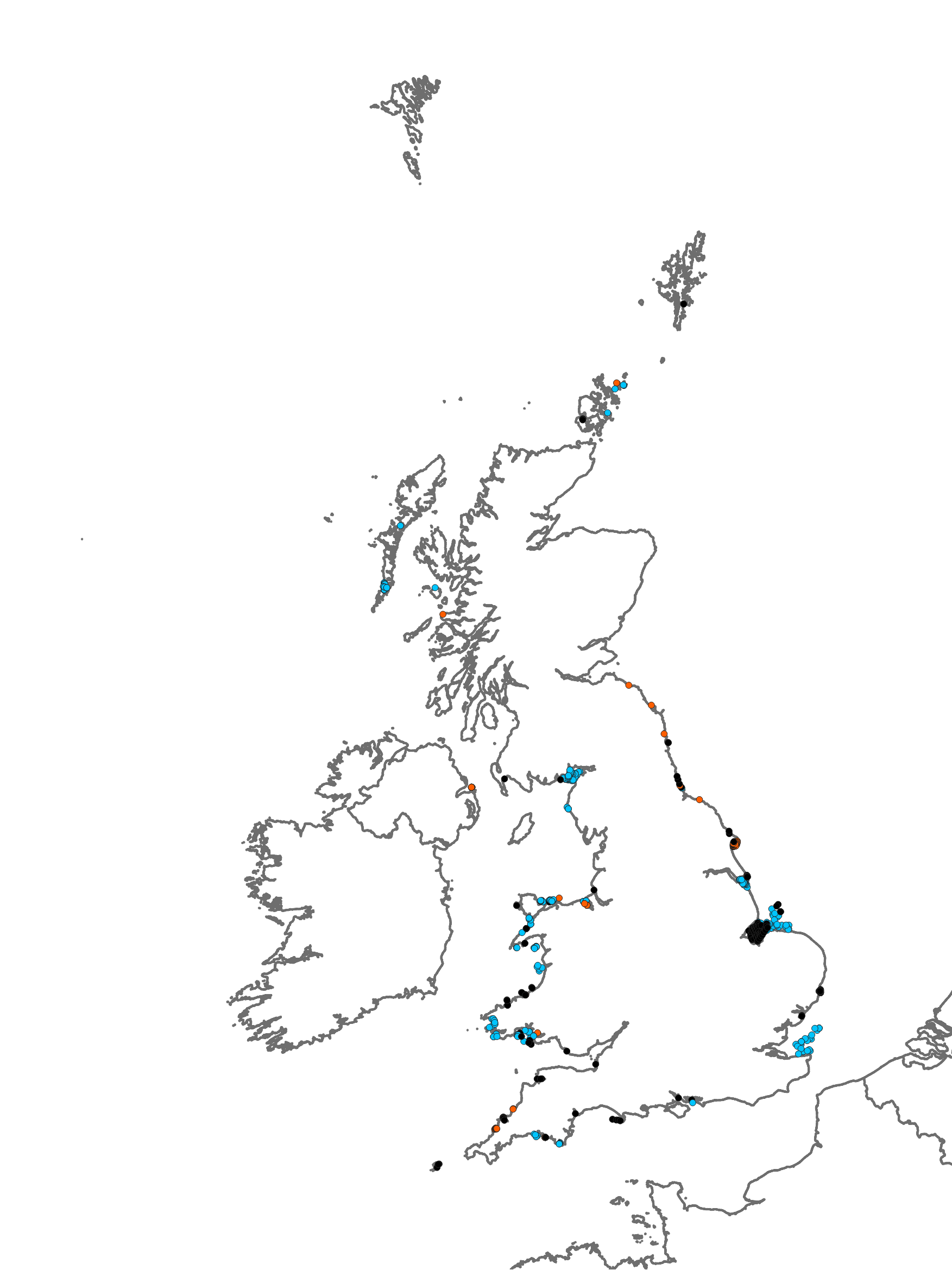 Well-sorted medium and fine sands characterised by Nephtys cirrosa and Bathyporeia spp. (and sometimes Pontocrates spp.) which occur in the shallow sublittoral to at least 30 m depth. This biotope occurs in sediments subject to physical disturbance, as a result of wave action (and occasionally strong tidal streams). The magelonid polychaete Magelona mirabilis may be frequent in this biotope in more sheltered, less tideswept areas whilst in coarser sediments the opportunistic polychaete Chaetozone setosa may be commonly found. The faunal diversity of this biotope is considerably reduced compared to less disturbed biotopes (such as FfabMag) and for the most part consists of the more actively-swimming amphipods. Sand eels Ammodytes sp. may occasionally be observed in association with this biotope (and others) and spionid polychaetes such as Spio filicornis and S. martinensis may also be present. Occasional Lanice conchilega may be visible at the sediment surface.

Stochastic recruitment events in the Nephtys cirrosa populations may be very important to the population size of other polychaetes present and may therefore create a degree of variation in community composition (Bamber 1994).

The current biotope is very similar to NcirMac, which occurs in reduced/variable salinities with additional reduced salinity fauna.

AmSco.Pon is closely allied to NcirBat but occurs in the intertidal zone

As sediment disturbance decreases and the finer silt fraction can begin to sediment out of the water column NcirBat may grade into the muddy sand biotope FfabMag.