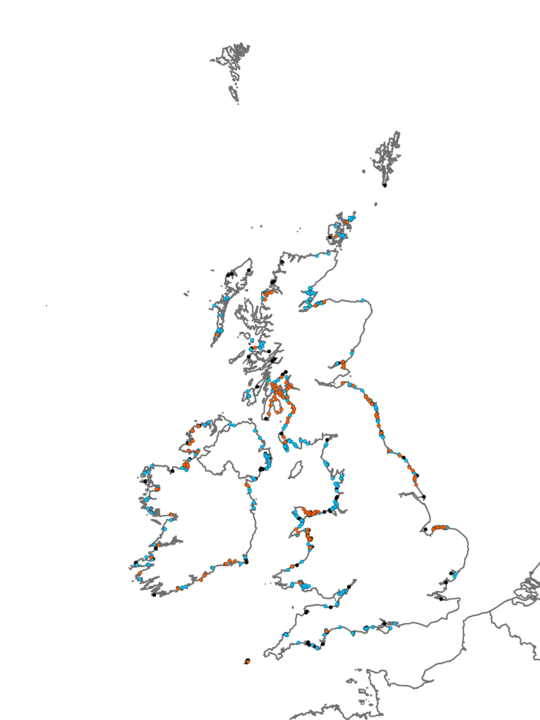 Moderately exposed or sheltered beaches of medium and fine, usually clean, sand, though the sediment may on rare occasions contain a small silt and clay fraction. The sediment is relatively stable, remains damp throughout the tidal cycle, and contains little organic matter. It is often rippled and typically lacks an anoxic sub-surface layer. Where an anoxic layer is present, it occurs at a depth below 10 cm and tends to be patchy. The biotope occurs mainly on the lower part of the shore, and relatively frequently on the mid shore. It is only rarely present above mid shore level, except where coastal defences cause backwash onto the upper shore. Conditions are usually fully marine, though the biotope can also occur in open lower estuarine conditions. The infaunal community is dominated by a range of polychaete species such as Nephtys cirrosa, Paraonis fulgens, Spio spp., Pygospio elegans, Ophelia rathkei and Scoloplos armiger. The presence of polychaetes may be seen as coloured burrows running down from the surface of the sediment, and Arenicola marina casts may be present on the sediment surface. The amphipods Bathyporeia spp. and Pontocrates arenarius frequently occur, and nemerteans are often present. On some North Wales shores, the presence of Arenicola species characterises the lowest part of the shore, with a range of species characteristic of the shallow sublittoral. These include sparsely distributed Echinocardium, Amphiura brachiata, Ensis siliqua and Fabulina fabula. The Po biotope is split into three sub-biotopes, between which there can be a large degree of overlap. The bivalve Angulus tenuis dominates the Po.Aten sub-biotope, which is characterised by slightly more stable and fine sediments than the other two sub-biotopes.

The infauna of this biotope may be affected significantly by seasonal changes in degree of wave exposure. During stormy winters, the sediment may become de-stabilised, leading to the disappearance of some macroinfaunal species. The lugworm A. marina may be present occasionally, usually as a temporary recruitment and is likely to be washed out during storms.

Occurs in more mobile, slightly coarser sands, sometimes higher on the shore or on more wave exposed beaches. The infaunal community is a lot less diverse, as fewer species are able to survive the harsher environmental conditions. The infauna is dominated by burrowing amphipods, and the polychaete Scolelepis spp.

Occurs lower on the shore. It is distinguished from the Po communities by the presence of Lanice conchilega as the main polychaete component at densities of common or above. 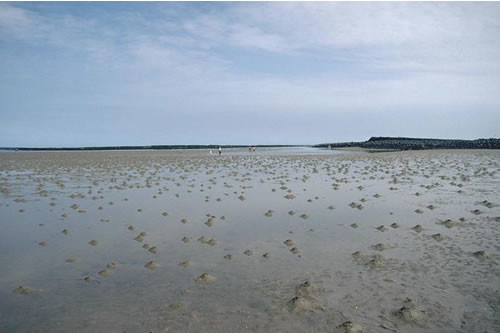 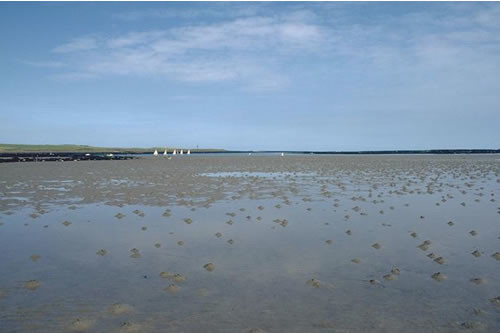 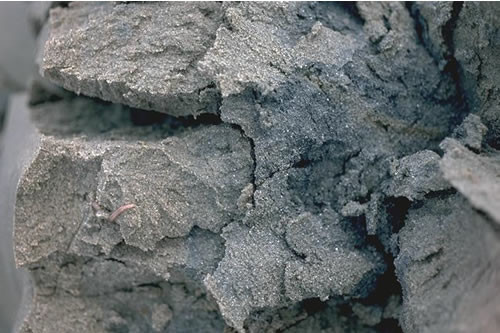