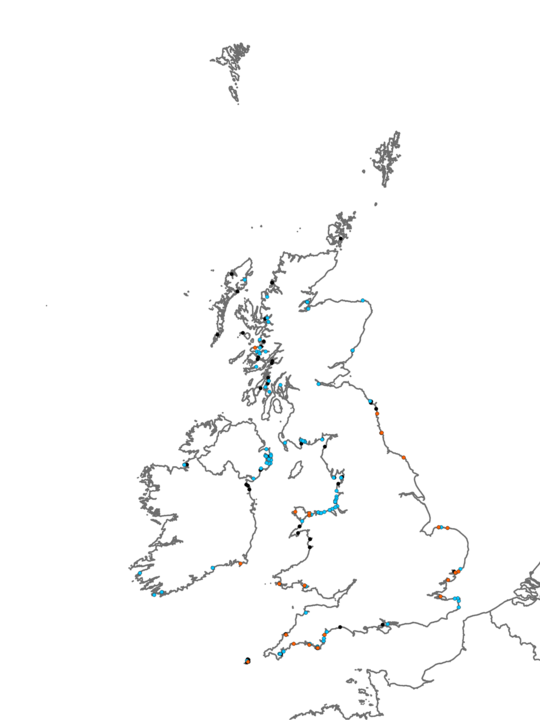 This biotope usually occurs on flats of medium fine sand and muddy sand, most often on the lower shore but sometimes also on waterlogged mid shores. The sand may contain a proportion of shell fragments or gravel. Lan can also occur on the lower part of predominantly rocky or boulder shores, where patches of sand or muddy sand occur between scattered boulders, cobbles and pebbles. Conditions may be tide-swept, and the sediment may be mobile, but the biotope usually occurs in areas sheltered from strong wave action. The sediment supports dense populations of the sand mason Lanice conchilega. Other polychaetes present are tolerant of sand scour or mobility of the sediment surface layers and include the polychaetes Anaitides mucosa, Eumida sanguinea, Nephtys hombergii, Scoloplos armiger, Aricidea minuta, Tharyx spp. and Pygospio elegans. The mud shrimp Corophium arenarium and the cockle Cerastoderma edule may be abundant. The baltic tellin Macoma balthica may be present. On boulder shores, and where pebbles and cobbles are mixed in with lower shore tide-swept sand with dense L. conchilega between the cobbles, the infaunal component is rarely sampled. The infaunal community under these circumstances, provided that the cobbles are not packed very close together, is likely to be similar to that in areas without the coarse material.

Lan occurs mainly on the mid and lower shore of moderately exposed sand and muddy sand flats. Higher on the shore, other sand and muddy sand biotopes may be present, such as BarSa and AmSco on the upper shore and the Po communities on the mid shore. Tal may occur where driftlines of wracks and other debris accumulate. Where Lan occurs on areas of scattered boulders and cobbles on the lower shore, there may be broad transition areas with Salv and other boulder shore biotopes.

Where Lanice conchilega becomes very abundant, especially on the low shore, this can lead to the build up of sediment mounds around their tubes, thus leading to a significant alteration in the surface appearance of the biotope.

Lan tends to occur lower on the shore than Po. It is distinguished from the Po communities by the presence of L. conchilega as the main polychaete component at densities of common and above. 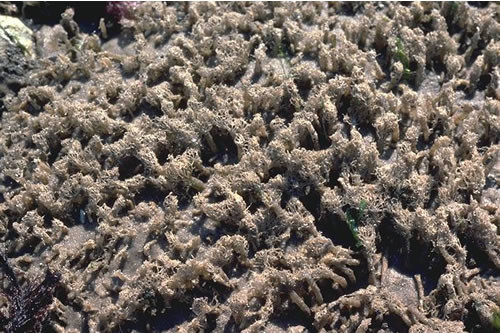 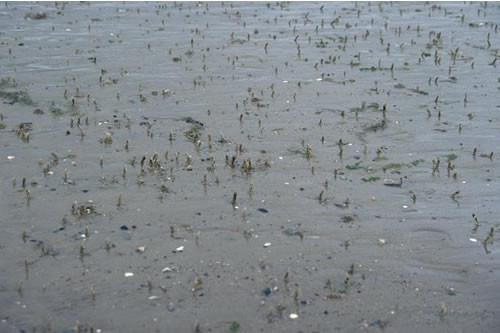 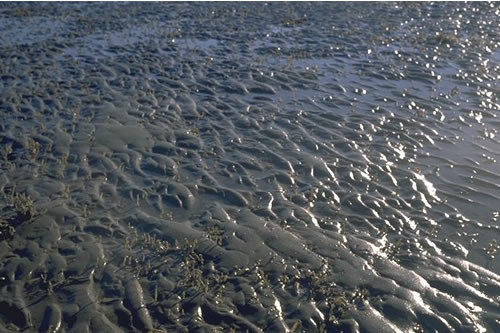