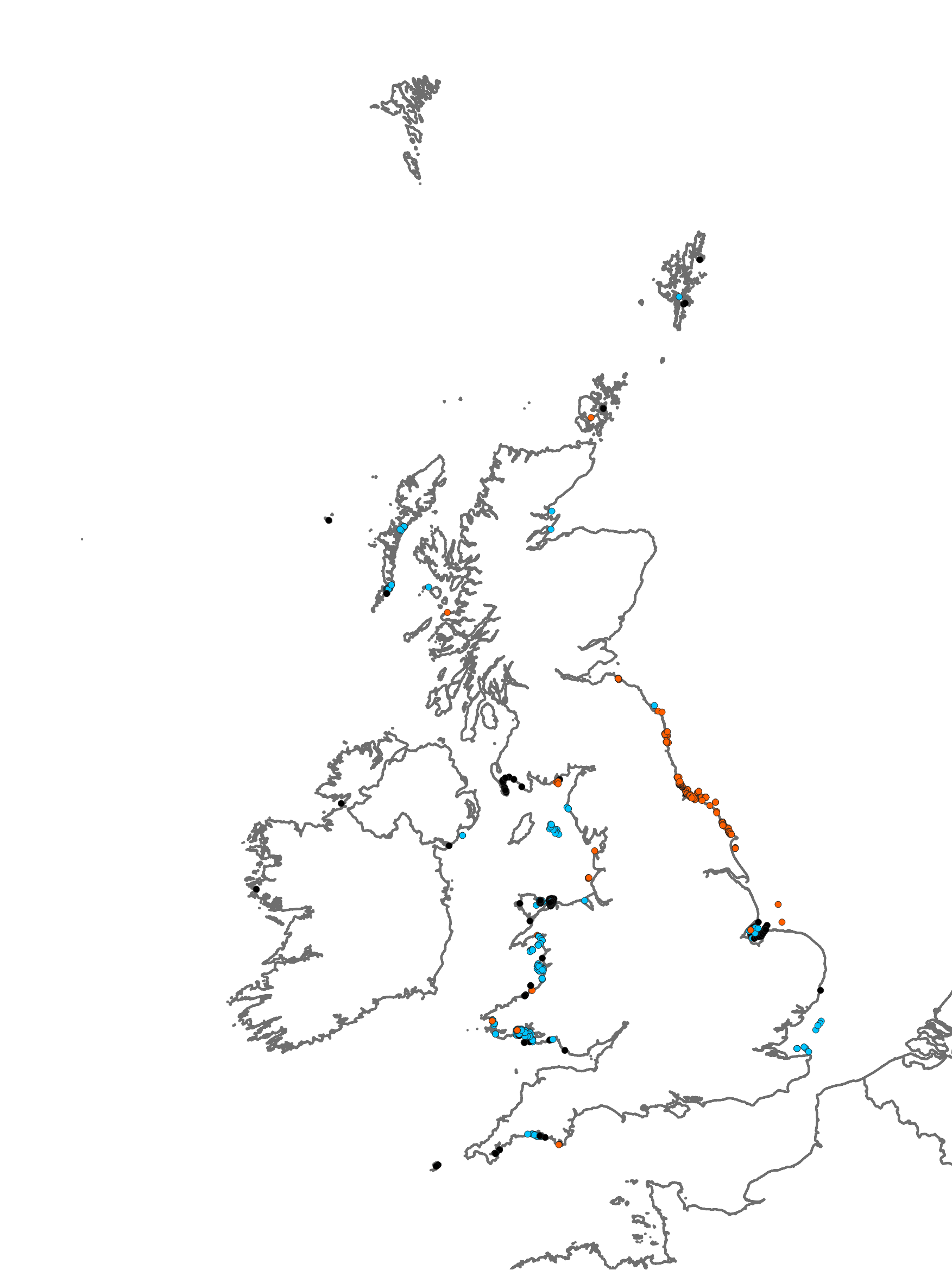 In stable, fine, compacted sands and slightly muddy sands in the infralittoral and littoral fringe, communities occur that are dominated by venerid bivalves such as Chamelea gallina. This biotope may be characterised by a prevalence of Fabulina fabula and Magelona mirabilis or other species of Magelona (e.g. M. filiformis). Other taxa, including the amphipod Bathyporeia spp. and polychaetes such as Chaetozone setosa, Spiophanes bombyx and Nephtys spp. are also commonly recorded. In some areas the bivalve Spisula elliptica may also occur in this biotope in low numbers. The community is relatively stable in its species composition, however, numbers of Magelona and F. Fabulina tend to fluctuate. Around the Scilly Isles numbers of F. fabulina in this biotope are uncommonly low whilst these taxa are often found in higher abundances in muddier communities (presumably due to the higher organic content). Consequently it may be better to revise this biotope on the basis of less ubiquitous taxa such as key amphipod species (E.I.S. Rees pers. comm. 2002) although more data is required to test this. FfabMag and MoeVen are collectively considered to be the 'shallow Venus community' or 'boreal off-shore sand association' of previous workers (see Petersen 1918; Jones 1950; Thorson 1957). These communities have been shown to correlate well with particular levels of current induced 'bed-stress' (Warwick & Uncles 1980). The 'Arctic Venus Community' and 'Mediterranean Venus Community' described to the north and south of the UK (Thorson 1957) probably occur in the same habitat and appears to be the same biotope described as the Ophelia borealis community in northern France and the central North Sea (Knitzer et al. 1992). Sites with this biotope may undergo transitions in community composition. The epibiotic biotopes EcorEns and AreISa may also overlay this biotope in some areas.

FfabMag forms part of a continuum of communities found along the depth and sand/silt gradients with an increase in silt/clay leading to the development of AalbNuc in deeper water.

As sediment disturbance increases and the finer silt fraction is unable to sediment out of the water column FfabMag may grade into the sandy biotope NcirBat.

MoeVen is found in slightly coarser sediments. FfabMag differs from MoeVen because of the prevalence of the brittle-shelled F. fabula over the more robust Moerella and Spisula, and because it occurs in generally finer, more compact sands.

In very shallow water with a greater mud fraction this biotope may give way to the sandy mud biotope NhomMac.