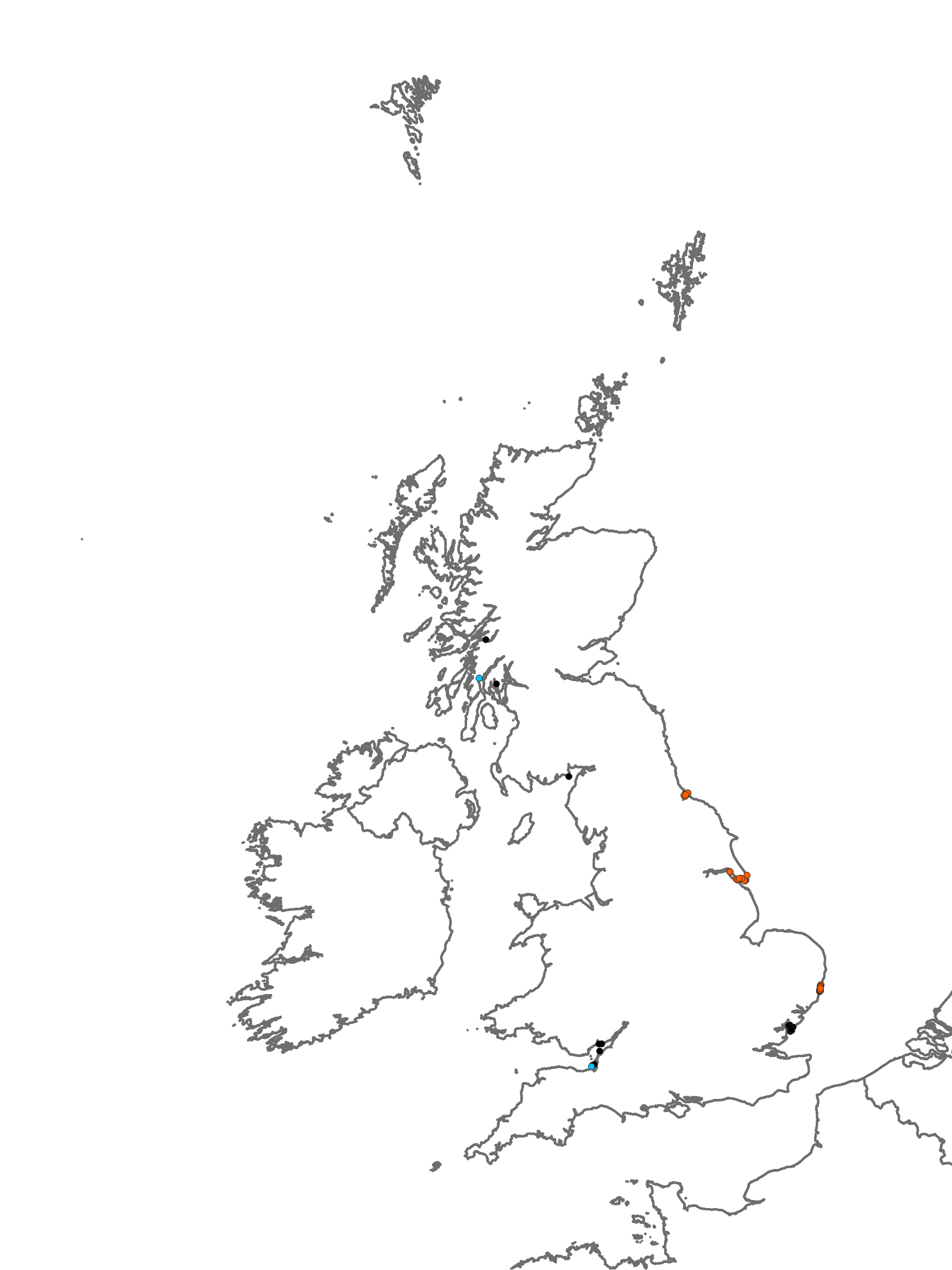 Near-shore shallow sandy muds and muds, and sometimes mixed sediments, may be characterised by the presence of the polychaete Nephtys hombergii and the bivalve Macoma balthica. Abra alba, and Nucula nitidosa may also be important although they may not necessarily occur simultaneously or in high numbers. Other taxa include Spiophanes bombyx, Lagis koreni, and Echinocardium cordatum. In some areas Scoloplos armiger and Crangon crangon may also be present. The community appears to be quite stable (Dewarumez et al. 1992) and the substratum is typically rich in organic content. This community has been included in the 'Boreal Offshore Muddy Sand Association' of Jones (1950) and is also described by several other authors (Petersen 1918; Cabioch & Gla‡on 1975). A similar community may occur in deep water in the Baltic (Thorson 1957). This biotope may occur in slightly reduced salinity estuarine conditions where Mya sp. may become a significant member of the community (Thorson 1957).

The community may occur in small patches or swathes in shallow waters parallel to the shore (Jones 1950; Cabioch & Gla‡on 1975) or in shallow nearshore depressions or trenches where finer material collects e.g. off the Suffolk coast (IECS 1991). This biotope is known to occur in patches between Denmark and the western English Channel.

In deeper, less muddy areas NhomMac may grade into AalbNuc and it is possible that this biotope is part of the Abra dominated muddy sand biotopes.