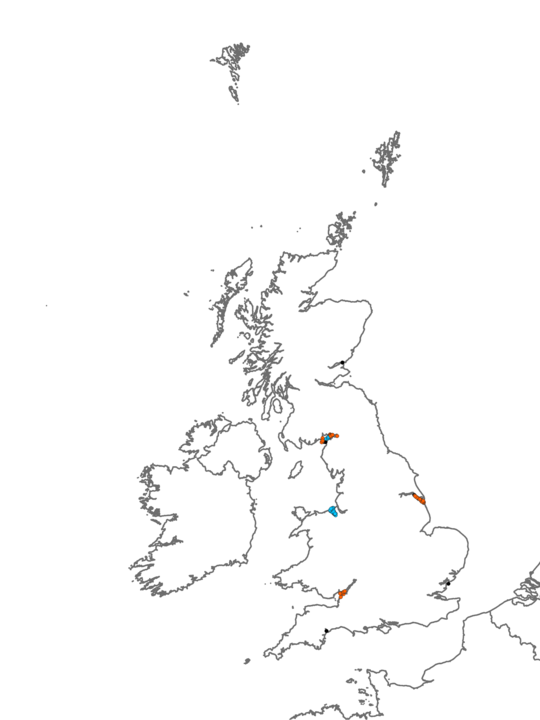 Mobile sand in variable salinity conditions where tidal currents create an unstable shifting habitat. Characteristic species include the polychaetes Nephtys cirrosa and Scoloplos armiger along with amphipods of the genus Bathyporeia and Haustorius arenarius. The bivalve Macoma balthica may occur in more stable examples of this biotope, although not in the abundances found in the NhomMac. The biotope contains relatively few species, each typically in low to moderate abundance. It is found in tidal channels with moderate tidal streams. Care should be taken in identification of this biotope due to the presence juveniles and species washed in during slack water.

As wave exposure and /or current strength decreases and the finer sand and silt fractions begin to sediment out of the water column, the sediment habitat is less mobile and MoSaVS grades into NcirMac

The current biotope is a reduced salinity version of NcirBat, distinguished from this by the absence of species not tolerant of reduced salinities, in particular the polychaete Chaetozone setosa.