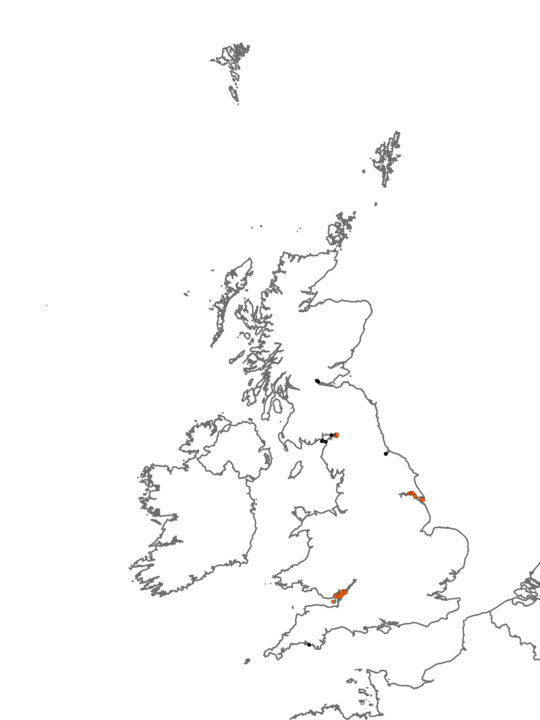 Very mobile sand in areas of strong tidal currents and variable salinity. No stable community is able to develop within this extremely mobile and abrasive habitat. The fauna encountered in this habitat consists of epifaunal crustaceans or relatively low numbers of robust species, such as the isopod Eurydice pulchra or Mesopodopsis slabberi. The polychaete Capitella capitata may occur frequently in some areas. Other taxa such as the polychaetes Eteone spp. and Arenicola marina, the mysid Neomysis integer and the amphipods Bathyporeia spp. and Haustorius arenarius may also be washed in from adjacent communities. This biotope is found in tidal channels of estuaries and areas where water movement keeps silt and mud in suspension, and excludes even the more robust infauna. If oligochaetes, polychaetes and bivalves are present in any numbers within this habitat type then care must be taken to avoid the inclusion of juvenile or spat recruitment counts which may mask the presence of this biotope. This is particularly relevant as sampling usually occurs at slack water periods when settlement takes place

MoSaVS bears some similarity with NintGam although the latter is found further up the estuary at the transition between brackish and fresh water. The freshwater community present in NintGam will not be present here.

A similar biotope that occurs in fully saline conditions, it can be distinguished from MoSaVS by the absence of species tolerant to reduced salinities.