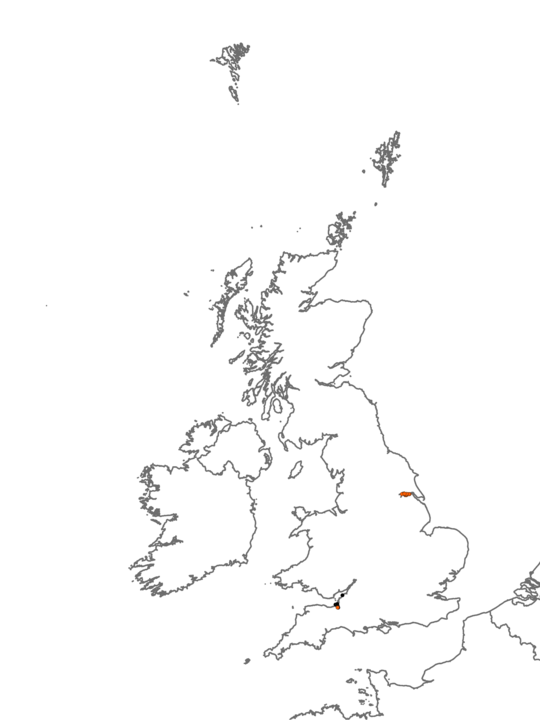 Upper estuary mobile fine muddy sands with very low fluctuating salinity characterised by the mysid shrimp Neomysis integer (see Arndt 1991) and amphipods of the genus Gammarus spp. This habitat has a rather sparse infauna and species such as N. integer will most likely be found on the sediment surface or just above it whilst Gammarus may be under loose weed, stones or other detritus on the sediment surface. The harsh physicochemical regime imposed by such environmental conditions in the upper estuary leads to a relatively impoverished community but high densities of the mobile, salinity-tolerant, crustaceans can occur. The biotope is found in the transitional zone between freshwater and brackish environments, relying on the decreased freshwater input during the summer for penetration of the brackish species up-stream. As such this biotope may also contain elements of freshwater communities.

It may be found in conjunction with SMuVS.LhofTtub, although it lacks appreciable numbers of oligochaetes.

Numbers of Neomysis may to fluctuate on a seasonal basis due high over wintering mortality (Gameson 1982) and the location of this biotope within the estuary may also shift upstream or downstream on a seasonal or yearly basis related in part to the freshwater flow into the estuary as has been noted in the Humber (Allen et al. 2003).

NintGam bears some similarity with MoSaVS, although the latter is found further down the estuary in higher salinities. The freshwater community present in NintGam is not present in MoSaVS.