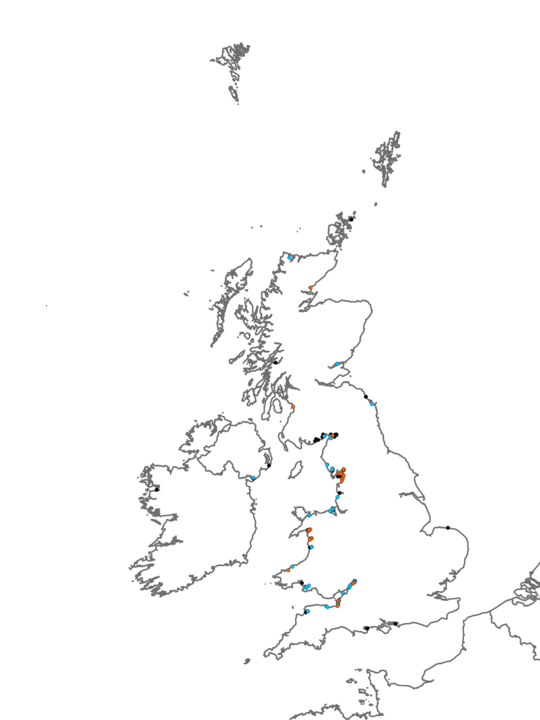 Wave-sheltered, mainly upper and mid shore flats of medium to fine sand, often muddy sand. The salinity, although predominantly recorded as variable, probably varies little from fully marine in these broad estuaries. The infauna is characterised by the amphipods Bathyporeia pilosa, Corophium arenarium and C. volutator, and the spire shell Hydrobia ulvae. Polychaetes and bivalves are limited in their abundance and variety, though the Baltic tellin Macoma balthica may occur. Tidal streams may be strong during spring tides, accounting for the presence of amphipods B. pilosa that are more commonly associated with open coast sandflats.

This biotope is typically found higher up the shore than sandflats with the cockle Cerastoderma edule (CerPo) in the large sandy estuaries of the west coast of England and Wales. In moderately exposed conditions, BatCare can occur on the mid shore below Tal and/or BarSa. In more sheltered conditions, BatCare may occur above NhomMacStr.

These biotopes are slightly more exposed, with coarser sediments and more marine conditions. The principal infaunal difference is the absence of C. edule and M. balthica.

Occurs in a broader range of salinities, in slightly more exposed and less muddy sediment types, sometimes lower on the same shores as BatCare. It has a higher species diversity, most notably a range of polychaetes, as well as the cockle C. edule and denser populations of the Baltic tellin M. balthica.

This occurs in full salinity fine sand. The lugworm Arenicola marina and the Baltic tellin M. balthica are consistently present, and Angulus tenuis may occur. There tends to be a greater range of polychaetes, but amphipods are absent.

This occurs in muddier, more sheltered estuaries than BatCare. B. pilosa is absent in the muddy sediment, but the ragworm Hediste diversicolor is abundant. 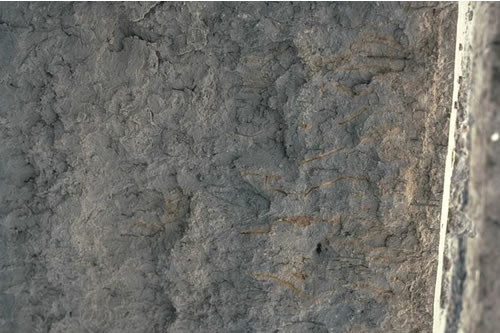