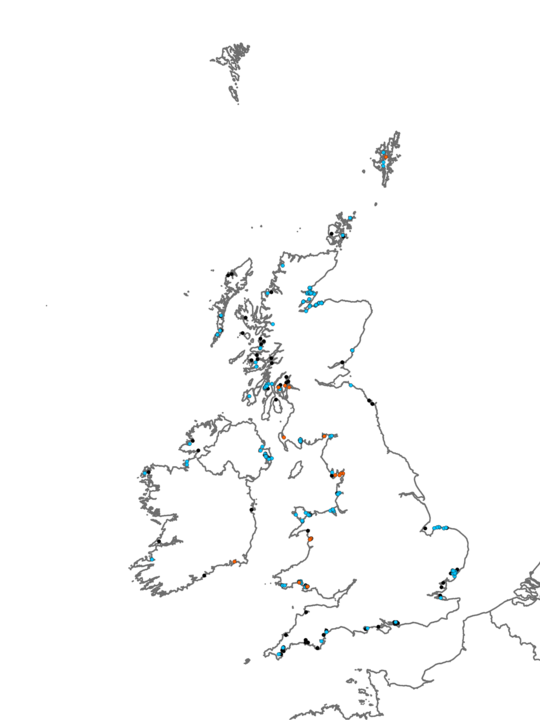 Extensive clean fine sand or muddy sand shores with abundant cockles Cerastoderma edule. The community consists of the polychaetes Eteone longa, Scoloplos armiger, Pygospio elegans, Spio filicornis and Capitella capitata, the crustaceans Bathyporeia sarsi, Bodotria arenosa arenosa and Crangon crangon, the spire shell Hydrobia ulvae, as well as the cockle C. edule and the baltic tellin Macoma balthica. This biotope carries commercially viable stocks of C. edule, and it is therefore possible to find areas of this habitat where the infauna may have been changed through recent cockle dredging. Cockle dredging can result in a reduced bivalve abundance and reduced densities of some polychaete species, including P. elegans (Moore, 1991). At the outer edges of large flats, there may be a zone between the cockle beds and more exposed sands, where there are fewer cockles and B. sarsi is the commoner species.

The community is found mainly on the mid and lower shore where the sediment is water-saturated most of the time. Where it occurs in muddy sand, CerPo has broad transition areas with MacAre and the MEST communities, and where it occurs on clean sand shores, it may have broad transition areas with Myt.Sa. Higher on the shore, adjacent to this biotope, BatCare is found, with fewer polychaete and bivalve species due to the drier sediment found on the upper shore.

A layer of mud with dense spionid polychaetes may build up on cockle beds in sheltered areas, creating a cohesive muddy layer 10-15 cm thick overlying the whole area. This may break up leaving a series of pits and patches with miniature cliffs, giving it an appearance similar to a stony shore when seen from a distance. It should be noted that where it occurs, Hydrobia ulvae tends to move a lot and may be highly variable in abundance.

These biotopes occur under slightly more exposed, fully marine conditions, in sediments that have a lower silt/clay fraction. The principal infaunal difference is the absence of C. edule and M. balthica.

Occurs on more sheltered shores with muddier sediments. The lugworm Arenicola marina is common, and C. edule is not always present.

Tends to occur more in fully marine conditions, higher up on the shore. The principal differences in the infauna are that Hediste diversicolor is common and E. longa is abundant, whereas C. edule occurs only in about half of the samples.

Occurs in similar physical conditions, with a similar infaunal community. The difference is that the mussel M. edulis is abundant, forming extensive clumps and beds on the surface of the sediment. 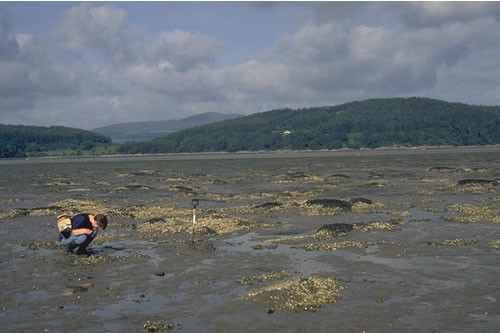 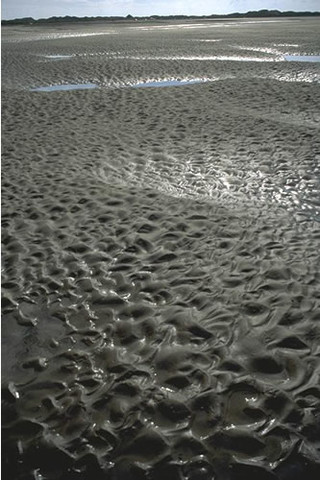 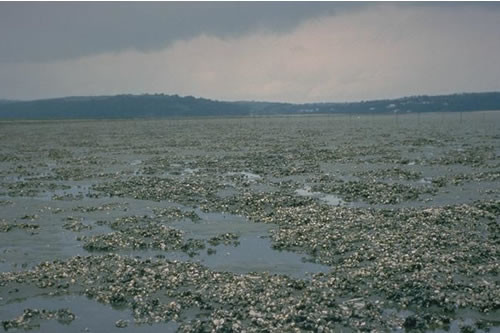