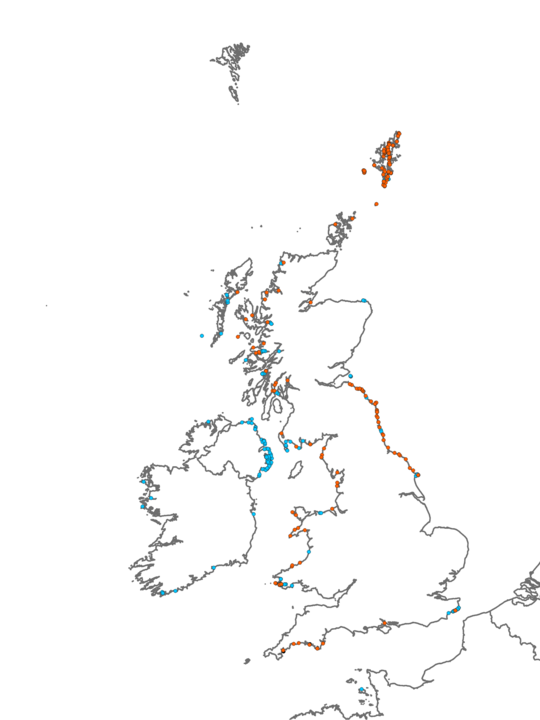 Very exposed to sheltered mid to upper eulittoral bedrock and large boulders characterised by dense barnacles Semibalanus balanoides and the limpet Patella vulgata. The community has a relatively low diversity of species though occasional cracks and crevices in the rock can provide a refuge for small individuals of the mussel Mytilus edulis, the winkle Littorina spp. and the whelk Nucella lapillus. Seaweeds are usually not found in high numbers though fissures and crevices in the bedrock can hold a sparse algae community, though patches of the red seaweed Osmundea pinnatifida can be present throughout the zone. On some shores the olive green lichen Verrucaria mucosa can be present in some abundance (Frequent). Records should not be assigned to this species impoverished biotope if there is a significant number or abundance of seaweeds.

On very exposed to exposed shores Chthamalus spp. (see Cht.Cht for geographical variation) often forms a distinct white band above a darker band of S. balanoides in the mid eulittoral zone. Alternatively, found above Sem are the black lichen Verrucaria maura dominated biotopes (Ver.Ver or Ver.B). In the lower eulittoral and the sublittoral fringe is a community dominated by the wrack Himanthalia elongata and various red seaweeds including Corallina officinalis, Mastocarpus stellatus and Osmundea pinnatifida (Him; Coff; Osm) or the mussel and barnacle dominated biotope MytB. Sem.Sem may occur on steep and vertical faces on more sheltered shores, while fucoids dominate the flatter areas (Sem.FvesR; FvesB).

Periods with little scour or less severe storms can allow a seaweed community to develop creating a more diverse biotope (i.e. Fves). This is a dynamic process, which will change individual sites over time. More information is required to validate this hypothesis.

Occurs on slightly less exposed shores. It has a higher abundance of S. balanoides (Abundant) and has a sparse seaweed community. The anemone Actinia equina is usually present in cracks and crevices.

Usually occurs above Sem in the upper eulittoral zone. It is dominated by the barnacles Chthamalus spp. which often are favoured on very exposed shores. S. balanoides can still be present in significant numbers. 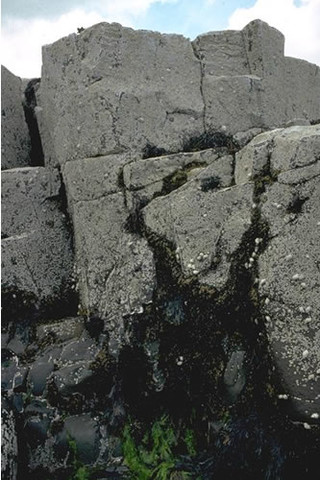 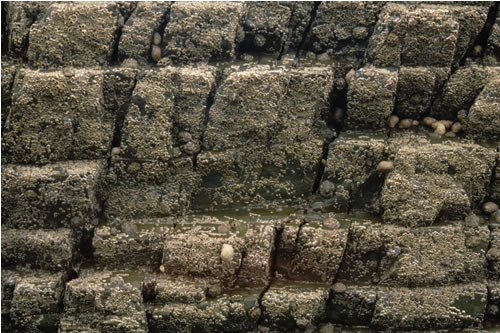 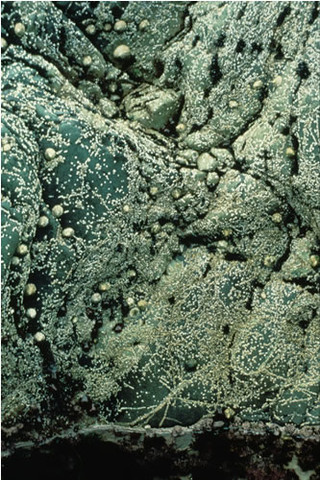