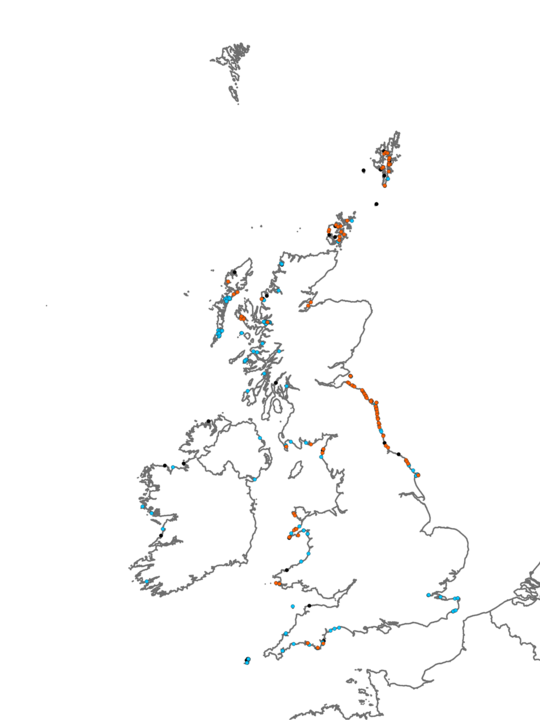 Exposed to moderately exposed mid eulittoral bedrock and boulders are frequently characterised by a mosaic of the barnacle Semibalanus balanoides and the wrack Fucus vesiculosus. The limpet Patella vulgata and the whelk Nucella lapillus are typically present, whilst the anemone Actinia equina and small individuals of the mussel Mytilus edulis are confined to crevices. Underneath the F. vesiculosus is a community of red seaweeds, including Corallina officinalis, Mastocarpus stellatus and Osmundea pinnatifida, usually with the winkles Littorina littorea and Littorina spp. present. Opportunistic seaweeds such as Enteromorpha intestinalis may occur in patches recently cleared on the rock or growing on the M. edulis.

On some shores, particularly those, which are moderately exposed to wave action, temporal fluctuations in the abundance of limpets, barnacles and fucoid seaweeds may occur. As a result, over a number of years, a single shore may cycle between the barnacle-P. vulgata dominated biotope (Sem.FvesR), through this mosaic (FvesB) to a F. vesiculosus-dominated biotope (Fves).

Occurs at a similar wave exposure, but also on steeper slopes and vertical faces. The community is similar to FvesB, but F. vesiculosus is present at lower abundance (Occasional) and wracks such as Fucus serratus and Ascophyllum nodosum are usually not present. F. vesiculosus can be non-vesiculate (i.e. bladderless). 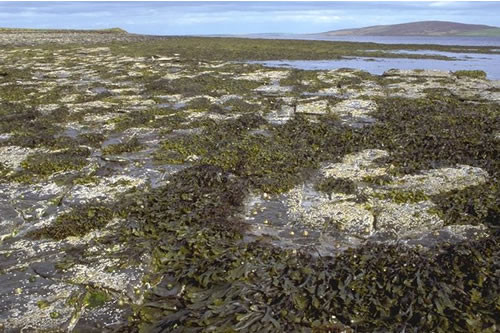 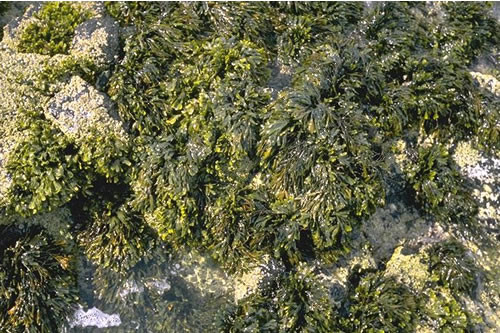 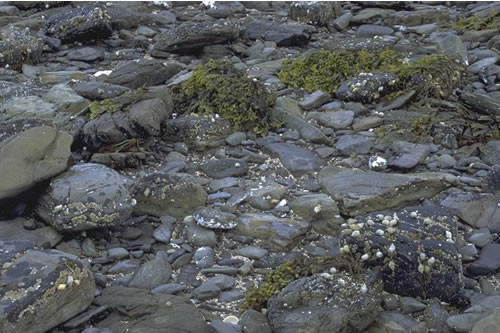