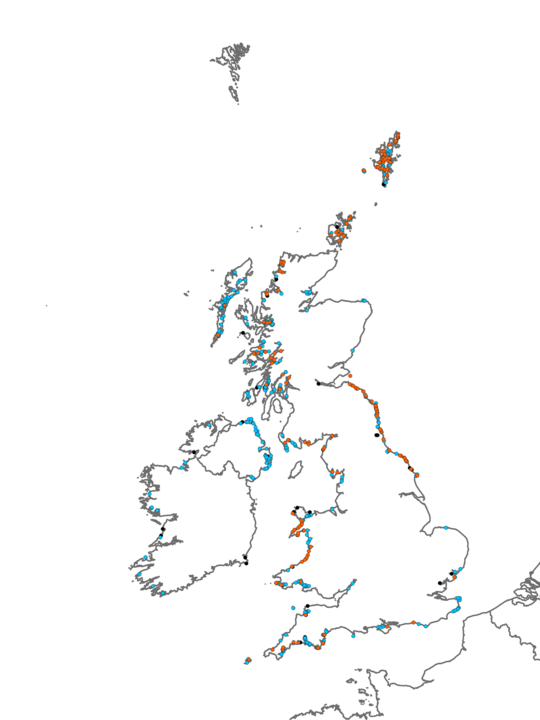 Moderately exposed to very sheltered mid eulittoral bedrock and large boulders characterised by a dense canopy of the wrack Fucus vesiculosus (Abundant to Superabundant). Beneath the seaweed canopy the rock surface has a sparse covering of the barnacle Semibalanus balanoides and the limpet Patella vulgata. The mussel Mytilus edulis is confined to pits and crevices. A variety of winkles including Littorina littorea and Littorina saxatilis can be found grazing on the fucoid fronds. The whelk Nucella lapillus is found beneath the seaweed canopy. In areas of localised shelter the wrack Ascophyllum nodosum may occur, though never at high abundance. The crab Carcinus maenas may be present in pools or among the boulders. Two variants have been described: Bedrock and large boulders (Fves.FS) and mixed substrata (Fves.X). Please notice that a F. vesioculosus biotope subject to variable salinity (FvesVS) has been identified.

This biotope usually occurs between the wrack Fucus spiralis (Fspi) and the Fucus serratus (Fserr) zones; both of these fucoids may be present in this biotope, though never at high abundance (typically less than Frequent). In some sheltered areas F. vesiculosus forms a narrow zone above the A. nodosum zone (Asc). Where freshwater runoff occurs on more gradually sloping shores F. vesiculosus may be replaced by the wrack Fucus ceranoides (Fcer).

On some shores, particularly those which are moderately exposed to wave action, temporal fluctuations in the abundance of limpets, barnacles and fucoid seaweeds may occur. As a result, over a number of years, a single shore may cycle between the barnacle-P. vulgata dominated biotope (Sem.FvesR), through this mosaic (FvesB) to a F. vesiculosus-dominated biotope (Fves).

Occurs on more exposed shores or on steep or vertical faces. Sparse F. vesiculosus is present (Occasional) and the density of S. balanoides and P. vulgata is high (Abundant). More species of red seaweeds are present, while the wracks A. nodosum and F. serratus are absent.

Occurs on more exposed shores on bedrock and large boulders. F. vesiculosus is dominating, though less abundant (Common) and there is a higher diversity of red seaweeds. S. balanoides, P. vulgata and N. lapillus occurs more frequently and at a higher abundance. 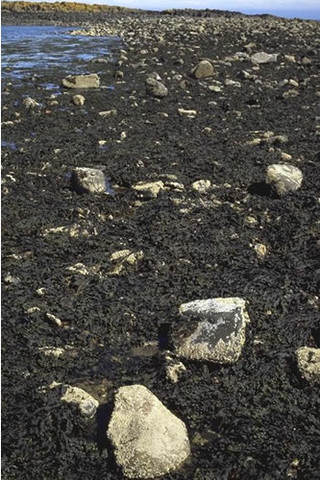 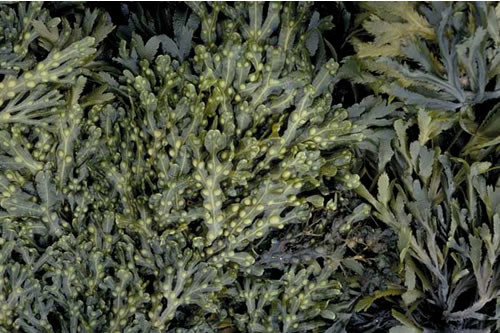