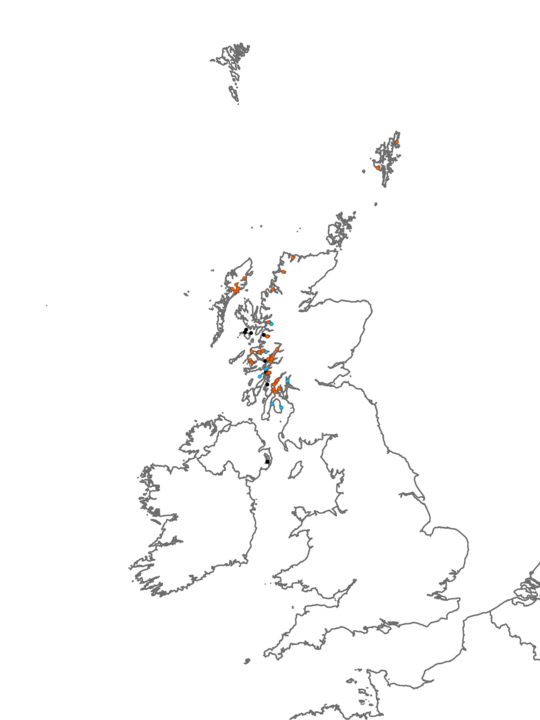 This biotope is typically found on wave-sheltered sites (although it may be found in wave-exposed through to extremely wave-sheltered conditions), on circalittoral mixed substrata (Bedrock, boulders, cobbles, pebbles and gravel), subject to moderately strong to weak tidal streams. This biotope often has a silty appearance in parallel with AmenCio.Ant but is characterised by a dense carpet of brittlestars (Ophiothrix fragilis, Ophiocomina nigra and to a lesser extent Ophiura albida) which virtually cover the seabed. Where the underlying substratum is visible, pink coralline crusts and the white calcareous tubes of the keelworm Pomatoceros triqueter are often observed. Hydroids and bryozoans are scarce, perhaps partly due to the smothering effect of the brittlestars and possibly due to the grazing pressure of the sea urchin Echinus esculentus which is occasionally recorded. Other echinoderms present include Asterias rubens and Crossaster papposus. The solitary ascidian Ciona intestinalis may be seen attached to isolated rocks and boulders, whilst on the tops and sides of larger boulders, dead man's fingers Alcyonium digitatum may be recorded. The hermit crab Pagurus bernhardus is often recorded, whilst under boulders and in crevices the claws belonging to the long-clawed squat lobster Munida rugosa may be seen.

AmenCio.Bri is found in predominantly sheltered areas, so in the infralittoral zone above, kelp forest formed by dense Laminaria saccharina and cape-form Laminaria hyperborea are frequently recorded. A dense understorey of red algae is also present.

This biotope occurs on more wave-exposed mixed substratum, subject to varying amounts of tide. Tends to have similar species diversity as AmenCio.Bri, but delicate hydroids have been replaced by more robust species such as Abietinaria abietina. Occasionally, bryozoan crusts may be present in FaAlCr.Bri. 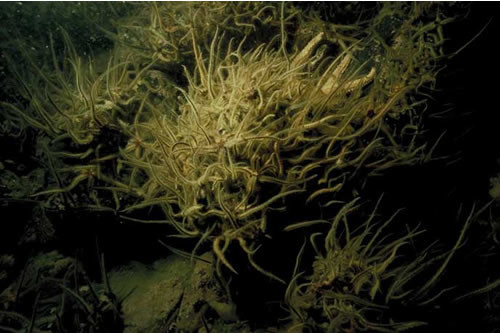