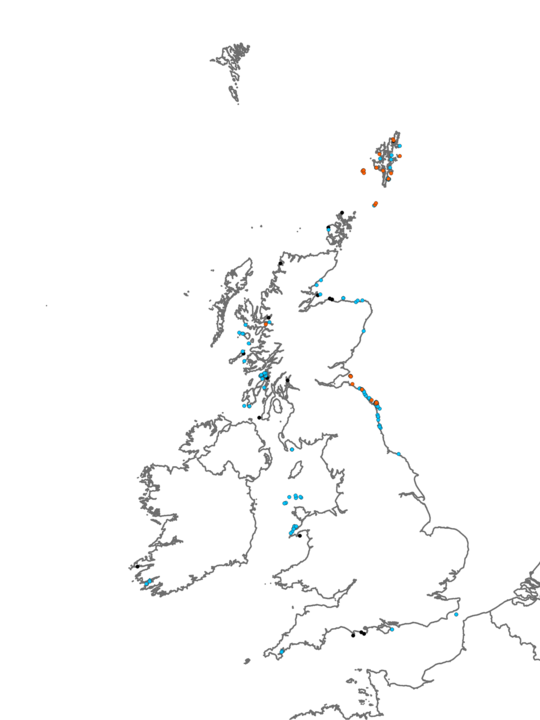 This variant is typically found on the vertical, steep and upper faces of wave-exposed circalittoral bedrock or boulders subject to varying amounts of current. The variant has a very grazed, sparse appearance, dominated only by the presence of Alcyonium digitatum and large expanses of encrusting red alage and bryozoan crusts particularly (Parasmittina trispinosa). The sparse appearance can be attributed to the frequently observed sea urchin Echinus esculentus. The polychaete Pomatoceros triqueter can be locally abundant, and may in some cases cover far more rock surface than A. digitatum, especially on vertical faces. Clumps of robust hydroids such as Abietinaria abietina occur occasionally. Other species present include the echinoderms Asterias rubens, Henricia sanguinolenta, Ophiothrix fragilis, the anemone Urticina felina, Calliostoma zizyphinum and Cancer pagurus.

Shallower than this biotope, dense kelp forest is typically found, containing species such as Laminaria hyperborea and Alaria esculentus. Occasionally, this biotope may be found on rocky outcrops surrounding by coarse sand. With this increased scour, MCR.UrtScr may develop at the rock/sand interface. Below this biotope, coarse sediments, muddy gravel and sand are typically recorded.

This biotope occurs at slightly more exposed, deeper sites with weaker tidal streams. However, they are both found on similar substratum. FaAlCr.Adig has a much less diverse, impoverished fauna than CarSp.PenPcom possibly due to grazing pressure from E. esculentus. CarSp.PenPcom has a more diverse range of sponges, hydroids and bryozoans.

This biotope is found under slightly less exposed conditions, subject to weaker tidal streams. FaAlCr.Sec is also found at slightly shallower water depths than FaAlCr.Adig. Although both biotopes are similarly quite clean and grazed, FaAlCr.Sec has a more diverse hydroid and bryozoan turf, with Securiflustra securifrons dominating.

This biotope is found under similar conditions as FaAlCr.Adig. Like FaAlCr.Adig, this biotope has dense A. digitatum. However, CvirCri has a diverse sponge community. 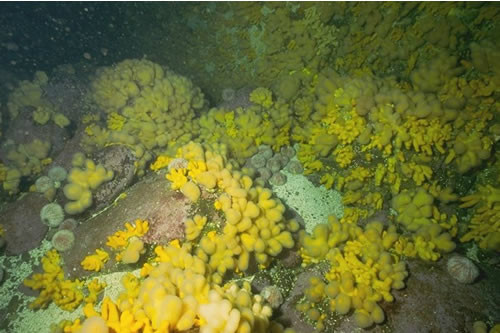 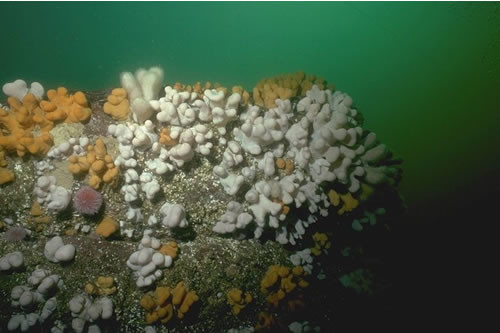 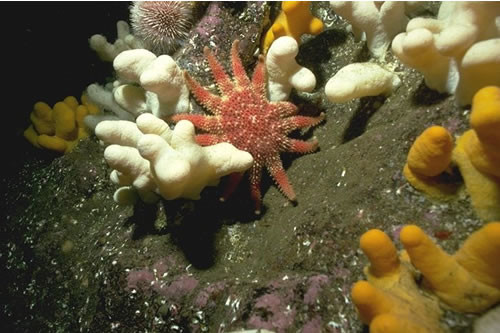