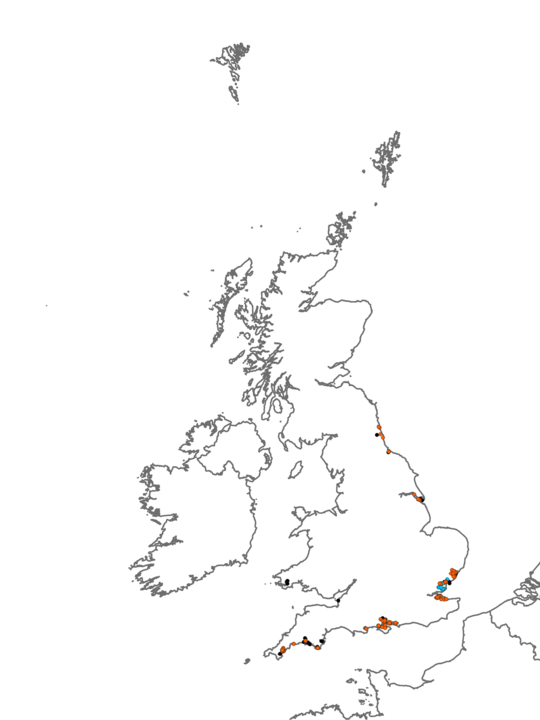 Variable salinity cohesive muddy sediment (sometimes with some coarser material) dominated by the polychaete Aphelochaeta marioni (or other Aphelochaeta species e.g. A. amplivasatus) and the oligochaete Tubificoides spp. These taxa are generally accompanied by Nephtys hombergii whilst the polychaetes Capitella capitata and Melinna palmata may also occur in high numbers in some areas. Other members of the cirratulid polychaete group e.g. Caulleriella zetlandica. and Tharyx spp. may also occur in high numbers, sometimes replacing A. marioni as the dominant polychaete. However, there is still inconsistency in the identification of the cirratulid group which is further compounded by fragmentation during sample processing. This biotope is very common in stable muddy environments and may extend from reduced salinity to fully marine conditions.

This biotope may also be found in conjunction with MacAbr.

The current biotope may be more diverse version of NhomTubi and can be distinguished by the abundance of A. marioni, terebellids and the stability of the sediment in AphTubi, together with the importance of associated species such as Diastylis rathkei typica in NhomTubi

It may be separated from CreMed by the relative abundances of the slipper limpet Crepidula fornicata in addition to A. marioni.

In areas of mixed sediment A. marioni may also occur in high numbers. In this case it may be difficult to separate AphTubi from AphPol requiring classification on sediment characteristics and associated species in addition to the abundance of A. marioni.

Where AphTub occurs in polyhaline waters it may grade into the biotope MelMagThy as the salinity increases e.g. in the Fal estuary (Allen et al. 2002).