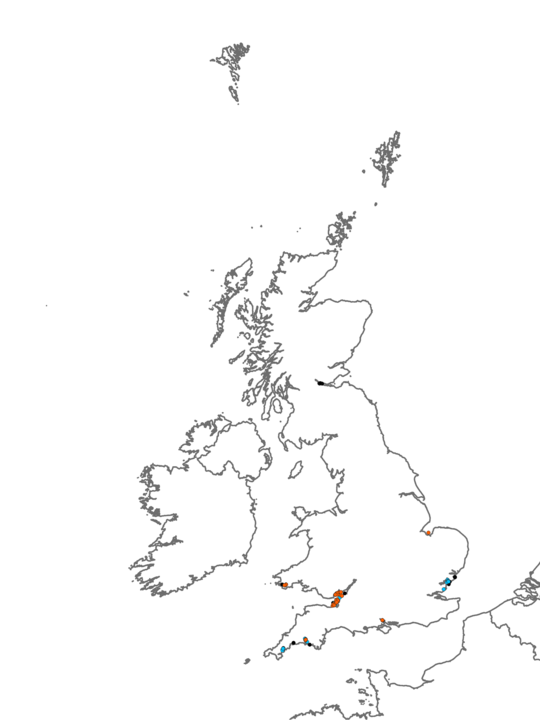 The biotope is found in areas of silt deposition in soft and sandy muds but may not form a stable habitat. It may be found adjacent to AphTubi, separated by the abundance of Aphelochaeta marioni and its more cohesive sediments

This biotope may be an impoverished version of AphTubi and can be distinguished by the abundance of A. marioni, terebellids and the stability of the sediment in AphTubi, together with the importance of associated species such as Diastylis rathkei typica in NhomTubi and species such as Caulleriella zetlandica in AphTubi.

The more mobile muds (MoMu) may contain a reduced element of this biotope in which case only sediment description will distinguish the two biotopes.

This biotope may also be allied with NhomMac which is found in more marine conditions and can be distinguished by the abundance of Macoma balthica and weaker tidal streams.