Eulittoral rockpools in south-west Britain on very exposed to moderately exposed shores dominated by the brown seaweed Bifurcaria bifurcata and encrusting coralline algae and Corallina officinalis. Kelps are present and include the species Laminaria digitata, Laminaria saccharina and the wrack Himanthalia elongata. Underneath the canopy formed by these species is a high diversity of red seaweeds including the foliose species Chondrus crispus, Palmaria palmata, Osmundea pinnatifida and Mastocarpus stellatus. Other red seaweeds include Gastroclonium ovatum, Ceramium nodulosum, Calliblepharis jubata and Mesophyllum lichenoides. The green seaweeds Ulva lactuca and Enteromorpha intestinalis occur where space allows. Often found in small cracks and crevices are the anemones Actinia equina and Anemonia viridis, while the limpet Patella vulgata can be found on the rock surface. Coarse gravel, cobbles and mobile boulders often cover the bottom of these rockpools, where Gibbula umbilicalis can be found.

Rockpools throughout the eulittoral to the upper littoral fringe in bedrock on very exposed to moderately exposed shores. B. bifurcata is at the edge of its range in Britain; in France it occurs in deeper lower shore pools where the alga forms a noticeable band in the mid pool level, below a band of C. officinalis and coralline crusts.

Occurs in similar physical conditions at a wide range of wave exposure. Winkles such as Littorina littorea and Littorina saxatilis can be present and the diversity of red seaweeds is lower. The brown seaweed B. bifurcata is absent.

Occurs at extremely exposed and exposed shores. The diversity of red seaweeds is low due the grazing pressure of the sea urchin Paracentrotus lividus, which dominates this biotope. The brown seaweed B. bifurcata is absent. 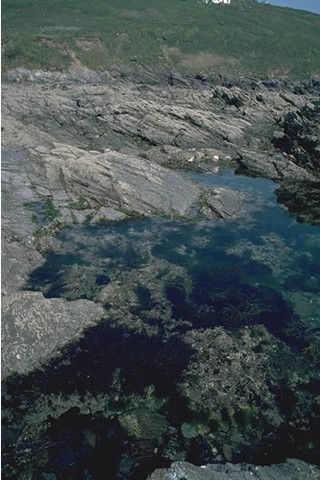 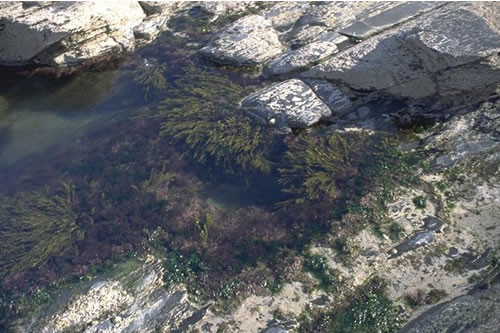 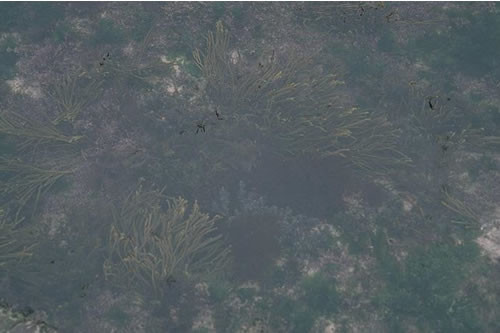