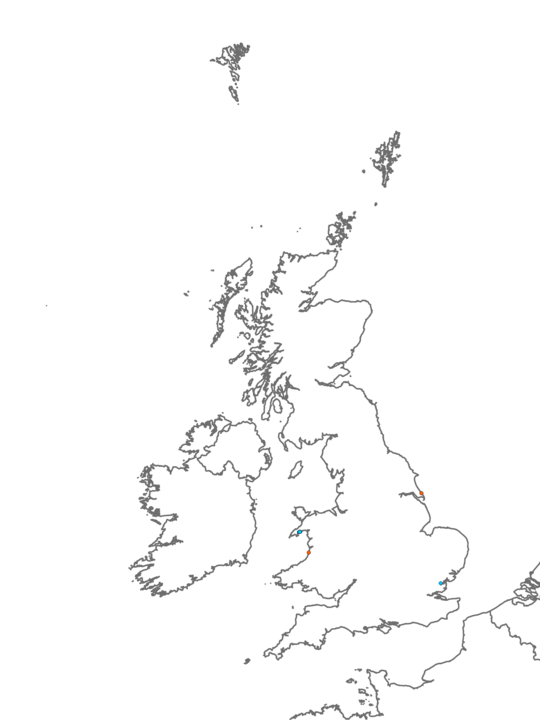 Shores of well-sorted gravel with a predominant particle size of 4.0 mm but ranging between 3 and 6 mm support dense populations of the amphipod Pectenogammarus planicrurus. Material finer than 2 mm reduces the ability of the amphipod to survive. The amphipod is tolerant of variable salinity, although a preference for a specific salinity regime has not been determined. As this habitat is regularly under-surveyed, its distribution is unclear.

The biotope is often associated with the lee side (wind or tide) of obstacles such as rock outcrops and groynes; this may be due to the deposition of algal debris, shelter from wave action or degree of sorting due to localised tidal flow around the obstacle (most likely a combination of the first and last influence).

Shores with finer sediments (mobile coarse sands). The infauna is very poor, often the habitat is devoid of macrofauna.

Occurs on the strandline on shores with a wider range of exposures and sediment types, confined to driftlines of seaweeds and other debris. The sandhopper Talitrus saltator dominates the fauna. 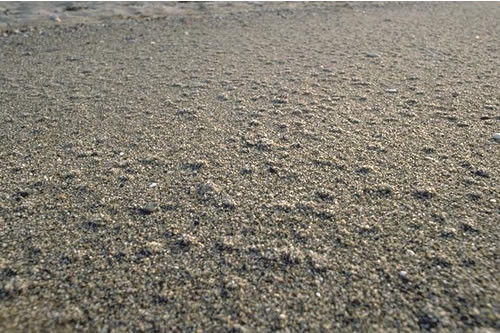