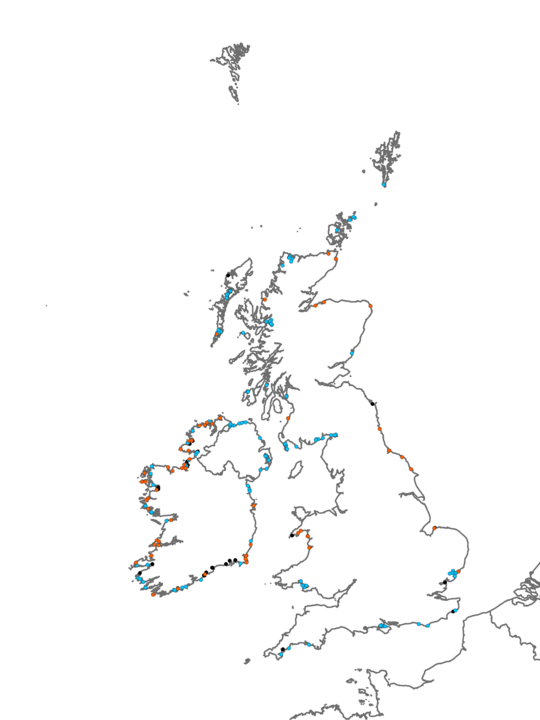 A community of sandhoppers (talitrid amphipods) may occur on any shore where driftlines of decomposing seaweed and other debris accumulate on the strandline. The biotope occurs most frequently on medium and fine sandy shores, but may also occur on a wide variety of sediment shores composed of muddy sediment, shingle and mixed substrata, or on rocky shores. The decaying seaweed provides cover and humidity for the sandhopper Talitrus saltator. In places on sand that regularly accumulate larger amounts of weed, Talorchestia deshayesii is often present. Oligochaetes, mainly enchytraeids, can occur where the stranded debris remains damp as a result of freshwater seepage across the shore or mass accumulation of weed in shaded situations. On shingle and gravel shores and behind saltmarshes the strandline talitrid species tend to be mainly Orchestia species. Abundances of the characterising species tend to be highly patchy. Two characterising species lists are presented below. They are derived from two sets of data, which were analysed separately. The first shows data from infaunal samples, the second shows data from epifaunal samples. The epifaunal lists contains no counts per square metre, as the data were collected on the SACFOR scale.

Tal may occur on the same shore as a range of sediment (especially sandy) biotopes, where driftlines of algae and other debris accumulate on the upper shore. These biotopes include BarSh, BarSa, Ol, AmSco, and Po. The biotope also occurs at the back of boulder, cobble and pebble shores, above mixed sediment and rocky biotopes.

This biotope varies in its position between spring and neap tides, and as a result of changing weather. After storms, it may extend into the fore dunes, during spring tides it will occur high on the shore, and during neaps the greatest numbers of talitrids may be found at or just below MHWN level. The amount of debris washed up on strandlines, and hence the extent of this biotope, may also vary significantly depending on factors such as recent storms or high tides.

Occurs in similar physical conditions, in medium to fine mobile sands. Tal may occur on driftlines on the upper shore above (on) BarSa.

Occurs in slightly more sheltered conditions in medium to fine mobile sands. AmSco.Eur occurs lower down on the shore than Tal, and is not confined to driftlines. It has a higher diversity of species, particularly amphipods such as Bathyporeia spp. 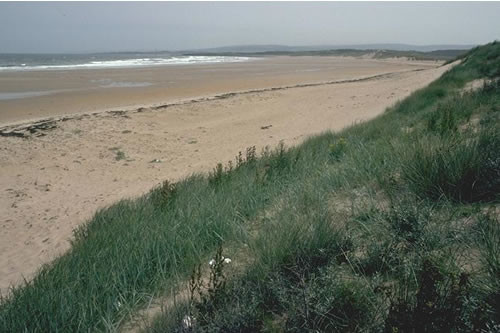 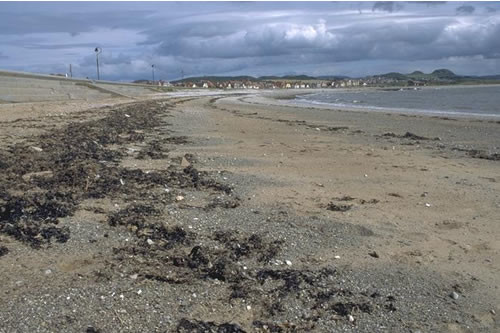 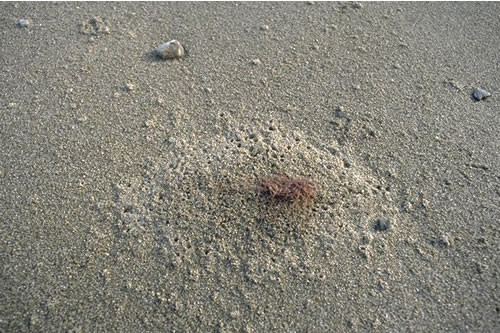