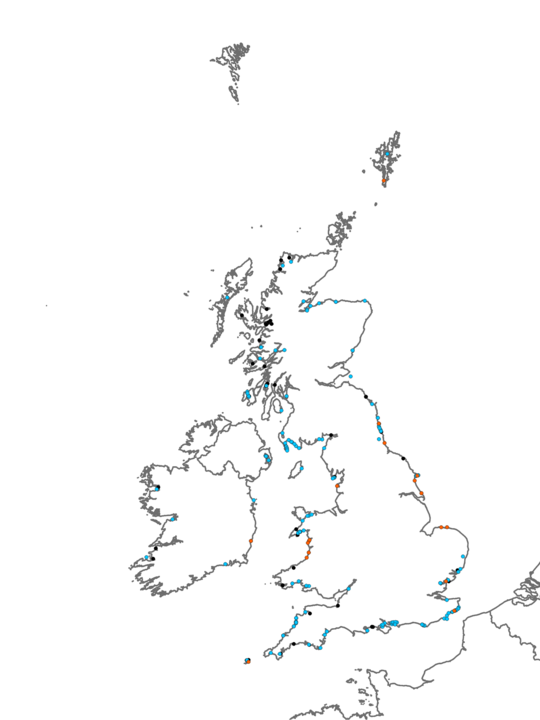 Littoral coarse sediments include shores of mobile pebbles, cobbles and gravel, sometimes with varying amounts of coarse sand. The sediment is highly mobile and subject to high degrees of drying between tides. As a result, few species are able to survive in this environment. Beaches of mobile cobbles and pebbles tend to be devoid of macroinfauna, while gravelly shores may support limited numbers of crustaceans, such as Pectenogammarus planicrurus.

Littoral coarse sediments are found along relatively exposed open shores, where wave action prevents finer sediments from settling. Coarse sediments may also be present on the upper parts of shores where there are more stable, sandy biotopes on the lower and mid shore.

The sediment particle size structure may vary seasonally, with relatively finer sediments able to settle during calmer conditions in summer. Where the sediment grain size is very large (at the interface between sediment and boulder shores), cobbles may be mobile during exposed winter conditions, but stable enough during summer months to support limited juvenile rocky shore epifauna (e.g. juvenile barnacles).