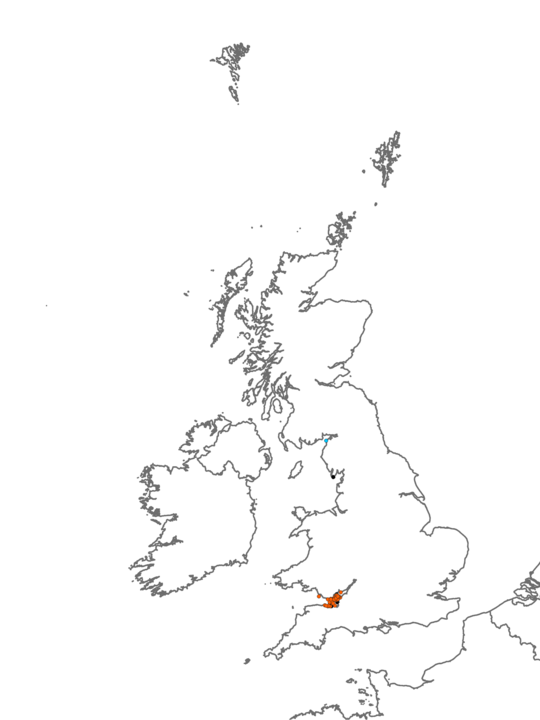 Tide-swept sandy mixed sediments with cobbles and pebbles, in variable salinity or fully marine conditions, may be characterised by surface accumulations of the reef building polychaete Sabellaria alveolata. The presence of Sabellaria sp. has a strong influence on the associated infauna as the tubes bind the surface sediments together and provide increased stability. Such reefs may form large structures up to a metre in height although they are considerably less extensive than the intertidal reefs formed by this species (Salv). Other associated species may include the polychaete Melinna cristata, itself often as dense aggregations, mobile surface feeding polychaetes including Typosyllis armillary and Eulalia tripunctata. Other polychaetes may include Mediomastus fragilis and Pygospio elegans whilst amphipods such as Harpinia pectinata and tubificid oligochaetes may also be found.

SalvMx has a reduced species richness in comparison with SspiMx, particularly in mature S. alveolata beds where the species tends to completely cover the seabed allowing few other species to colonise the habitat.

The reefs formed in sublittoral sediments are considerably less extensive than the intertidal reefs formed by this species.