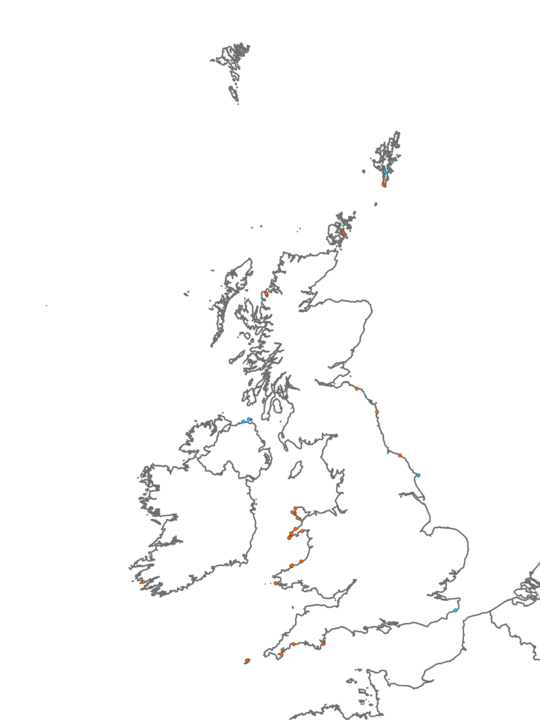 Exposed lower eulittoral rock or moderately exposed lower eulittoral vertical rock that supports a dense turf of the red seaweed Corallina officinalis, often on wave surged rocky slopes. There is usually a low abundance of other turf-forming red seaweeds such as Lomentaria articulata, Mastocarpus stellatus, Palmaria palmata and Osmundea pinnatifida. Other seaweeds that occur in low abundance includes the wrack Himanthalia elongata and the kelp Laminaria digitata, while the brown seaweed Leathesia difformis can be found growing on and around the other seaweeds. Green seaweeds such as Enteromorpha intestinalis, Ulva lactuca and Cladophora rupestris are also present. The coralline turf creates a micro-habitat for small animals such as the colonial tube building polychaete Pomatoceros sp. and the barnacle Semibalanus balanoides. The mussel Mytilus edulis is often found in small cracks and crevices while the sponges Halichondria panicea and Hymeniacidon perleve can be found in shaded areas or on overhangs. The limpets Patella ulyssiponensis and Patella vulgata can be found on the bedrock underneath the turf. The brown seaweed Bifurcaria bifurcata and the barnacle Balanus perforatus may occur in the extreme south-west.

This community usually forms a distinct band just above the kelp zone (Ala, Ala.Ldig or Ldig). It can be found below the barnacle and P. vulgata dominated biotopes (Cht; Sem.Sem; Sem.FvesR).

If there is many of the characteristic H. elongata buttons present in early spring careful comparison with the Him biotope should be made (See Similar biotopes).

Occurs on exposed to very exposed coasts, but otherwise similar physical conditions. The limpet Patella ulyssiponensis is present and sponges such as Grantia compressa and H. perleve are also present. The barnacles Chthamalus stellatus and Balanus perforatus are present though C. officinalis occur at high abundance (Common). H. elongata can dominate this biotope (Abundant). 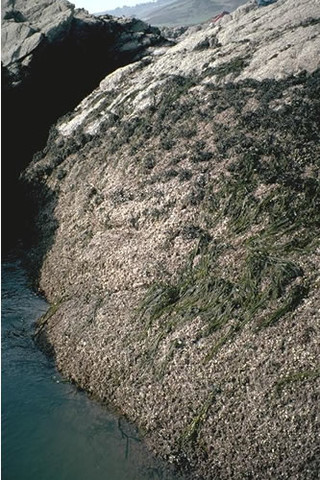 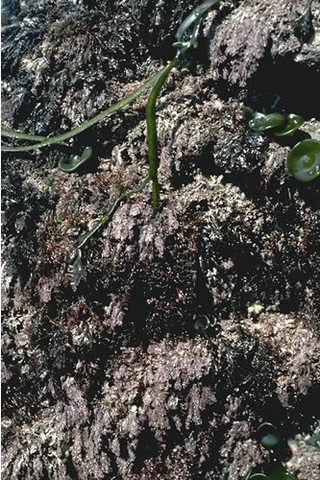