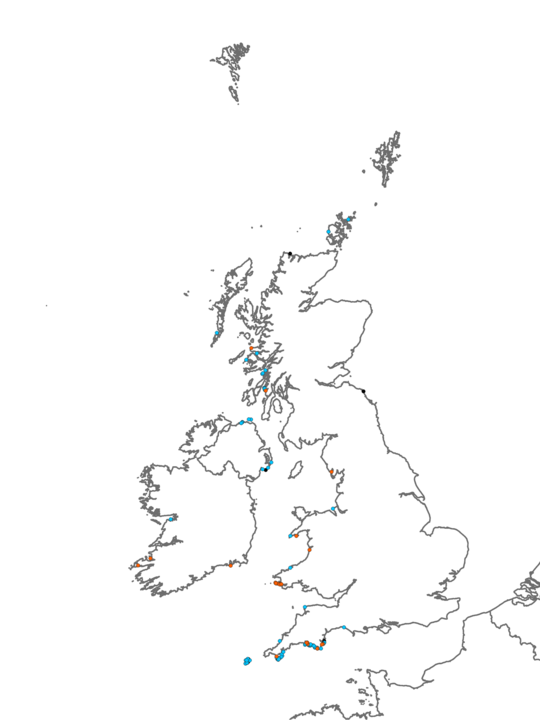 Areas of steep and vertical rock in the upper eulittoral on very exposed to moderately exposed shores characterised by tufts of the dark brownish lichen Lichina pygmaea and the barnacles Chthamalus montagui and Chthamalus stellatus, although long-established patches of L. pygmaea ultimately exclude barnacles. The rigid branching thallus of L. pygmaea provides an ideal habitat for the bivalve Lasaea adasoni, the winkles Littorina saxatilis and Melarhaphe neritoides. The anemone Actinia equina and the mussel Mytilus edulis are confined to moist cracks and crevices, while the limpet Patella vulgata is found on the open bedrock. In the south-west the top shell Gibbula umbilicalis can be found on L. pygmaea. On the north-east coast this biotope does not have Chthamalus spp., L. pygmaea being the most important characterising species on these sites.

The band of L. pygmaea lies between the Verrucaria maura zone (Ver.B or Ver.Ver) above and the barnacle-P. vulgata zone (Sem) below. Other upper shore biotopes (Ver.B or Ver.Ver) may contain occasional patches of L. pygmaea, particularly on steep sunny faces, though not forming a distinct zone. L. pygmaea also occurs on less steeply-sloping shores if they are in a sunny aspect. In some areas, a high abundance of L. pygmaea results in a distinct zone, particularly in the south. On Chthamalus spp. dominated shores (south and west coasts) the band of L. pygmaea lies within the barnacle zone, whereas on Semibalanus balanoides dominated shores (north and east coasts) Cht.Lpyg lies astride the upper limit of the barnacles (Sem).

Occurs above Cht.Lpyg. V. maura is the dominant lichen. C. montagui occurs at a lower density.

Occurs in similar physical conditions. Similar species composition though red and green seaweeds such as coralline algae and Enteromorpha spp. can be present in small numbers. L. pygmaea do not form a distinct band, but may be present in small patches. 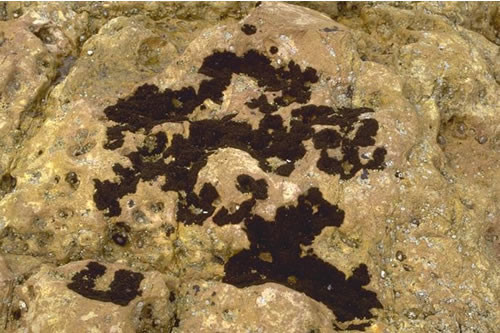 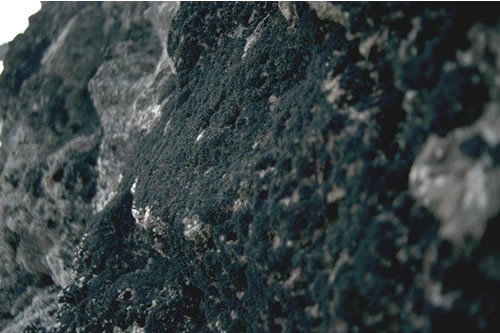 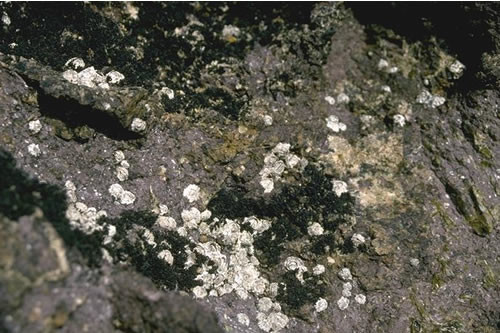