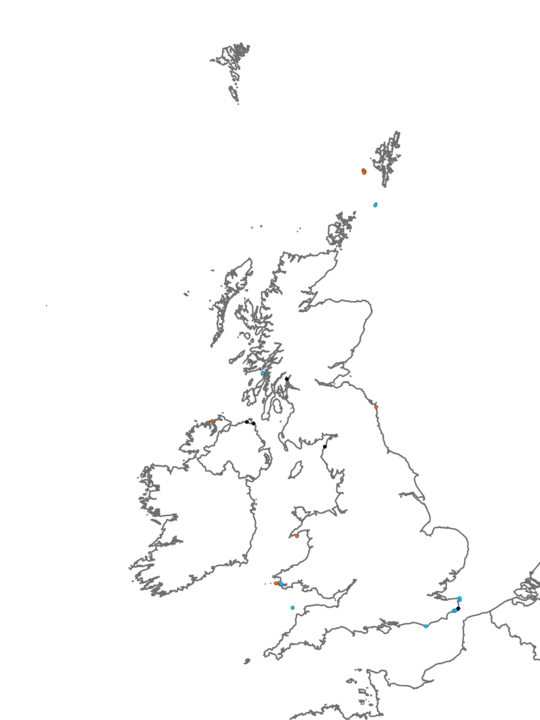 Very exposed to moderately exposed lower eulittoral rock which supports a pure stand of dulse Palmaria palmata as a dense band or in large patches above the main kelp zone. P. palmata favours shaded or overhanging rock and often forms a band at the top of overhanging rock. Relatively low abundance of other seaweeds, such as the red seaweed Porphyra umbilicalis or the green seaweeds Enteromorpha intestinalis, Ulva lactuca and Cladophora rupestris may also occur in this biotope although P. palmata always dominates. On the rock underneath the seaweed turf are the barnacle Semibalanus balanoides and the limpet Patella vulgata and the olive-green lichen Verrucaria mucosa.. Sites should only be recorded as Pal where P. palmata forms a distinct band or occurs in large patches on the shore.

It is likely that the P. palmata biotope represents an opportunistic assemblage of fast-growing species which occupy gaps within or between the canopies of long lived perennials such as the wrack Fucus serratus. 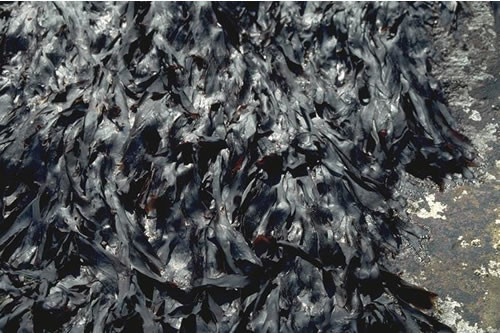 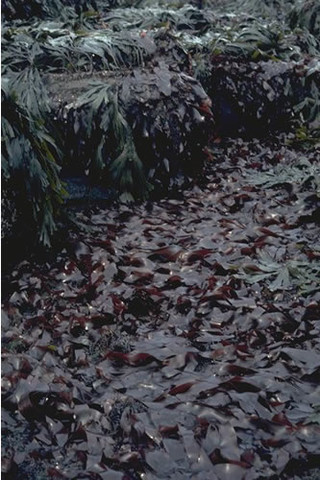