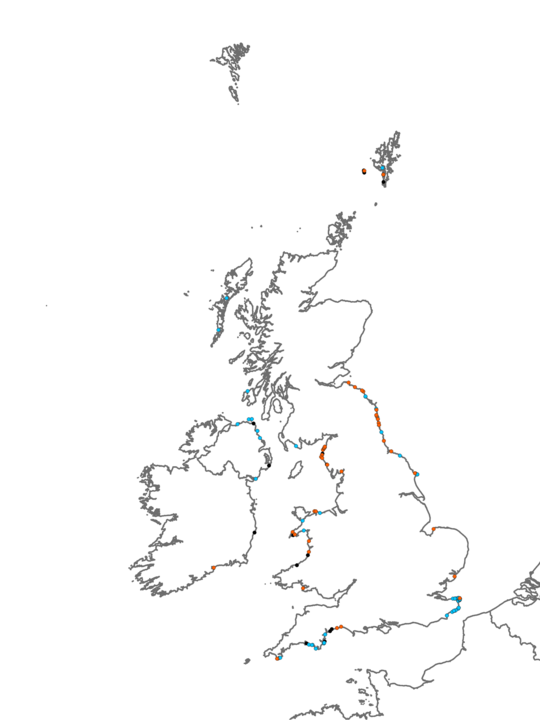 Exposed and moderately exposed mid-shore bedrock and boulders occurring adjacent to areas of sand which significantly affects the rock. As a consequence of sand-abrasion, wracks such as Fucus vesiculosus or Fucus spiralis are scarce and the community is typically dominated by ephemeral red or green seaweeds, particularly the foliose red seaweed Porphyra purpurea and green seaweeds such as Enteromorpha spp. Under the blanket of ephemeral seaweeds, the barnacles Semibalanus balanoides or Elminius modestus and the limpet Patella vulgata may occur in the less scoured areas, along with the occasional winkles Littorina littorea and Littorina saxatilis. Few other species are present.

Usually found below the species impoverished biotope dominated by Enteromorpha spp. (Ent) and above the F. spiralis zone (Fspi). It may replace the zone dominated by the wrack Pelvetia canaliculata (PelB). In areas where sand abrasion is less severe, the sand-binding red alga Rhodothamniella floridula occurs with other sand-tolerant seaweeds and the wrack Fucus serratus (Rho), along with the mussel Mytilus edulis.

Seasonal fluctuations in the abundance of the Enteromorpha spp. and the P. purpurea will occur, especially as a result of storm action.

Occurs from the mid eulittoral to the supralittoral zone, often in freshwater influenced habitats. It has a lower species richness and the red seaweed P. purpurea and the wracks F. spiralis or F. vesiculosus are usually not present. The winkle L. littorea is also absent.

Occurs in more estuarine conditions and on mixed substrata. A very similar biotope. 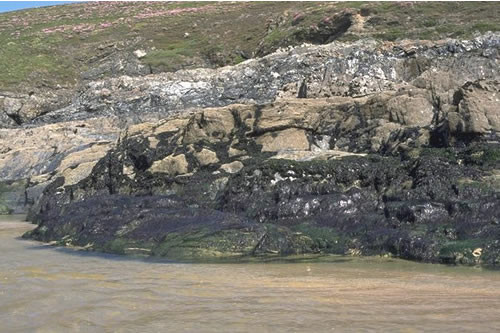 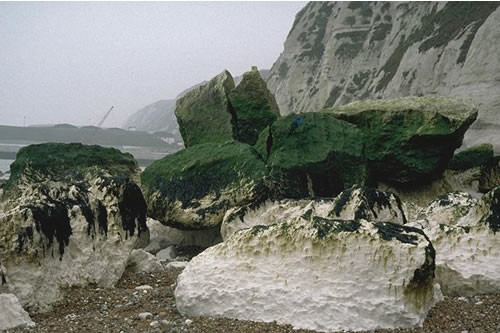 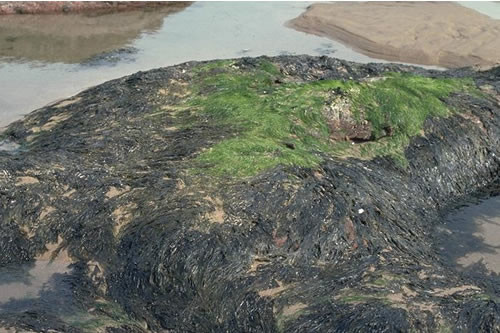