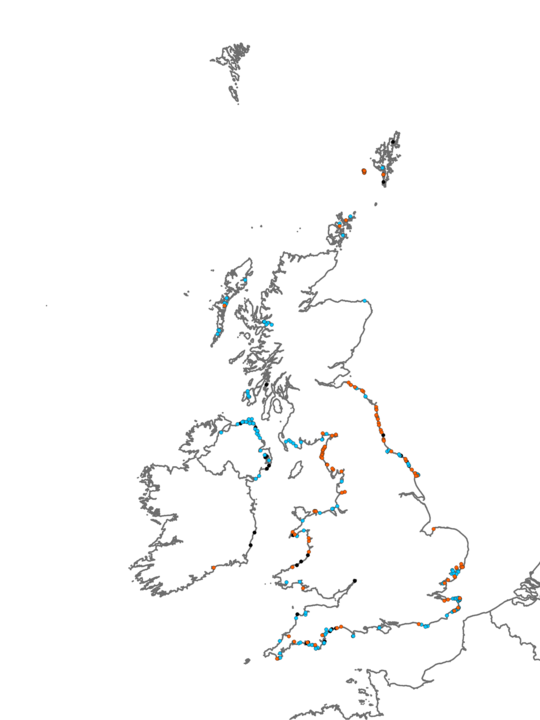 Upper shore hard substratum that is relatively unstable (e.g. soft rock) or subject to considerable freshwater runoff is typically very species poor and characterised by a dense mat of Enteromorpha spp., though Ulva lactuca can occur as well. It occurs in a wider zone spanning from the supralittoral down to the upper eulittoral, across a wide range of wave exposures range. This biotope is generally devoid of fauna, except for occasional limpets Patella vulgata, winkles Littorina littorea or Littorina saxatilis and barnacles Semibalanus balanoides.

This band of green seaweeds is usually found above a zone dominated by a mixture Enteromorpha spp. and Porphyra spp. (EntPor) or a Fucus spiralis or Fucus ceranoides zone (Fspi; Fcer), and may replace the Pelvetia canaliculata zone (PelB). It can be found below a zone dominated by yellow and grey lichens. In very sheltered areas the seagrass Ruppia maritima can be found above this biotope while different wracks such as Fucus spp. can dominate the zone below (Rup; Asc; Fspi).

Seasonal fluctuations in the abundance of the Enteromorpha spp. and the occurrence of the other green seaweeds species will occur.

Occurs in the lower to mid-eulitttoral zone in sand influenced habitats. It has a higher species richness, which include the red seaweed Porphyra purpurea and the occasional wracks such as F. spiralis or Fucus vesiculosus. The winkle L. littorea is usually present.

Occurs in more estuarine conditions and on mixed substrata. The green seaweed Ulva lactuca may be present. A very similar biotope. 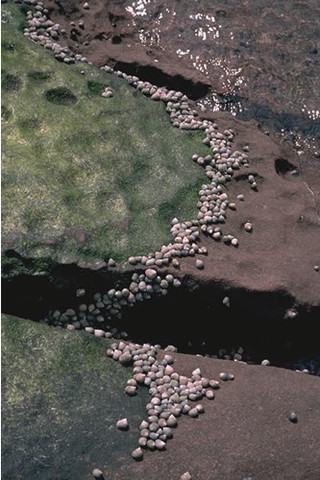 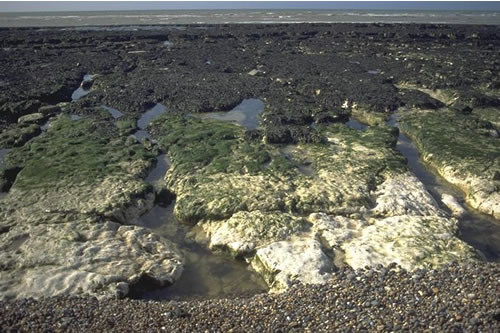