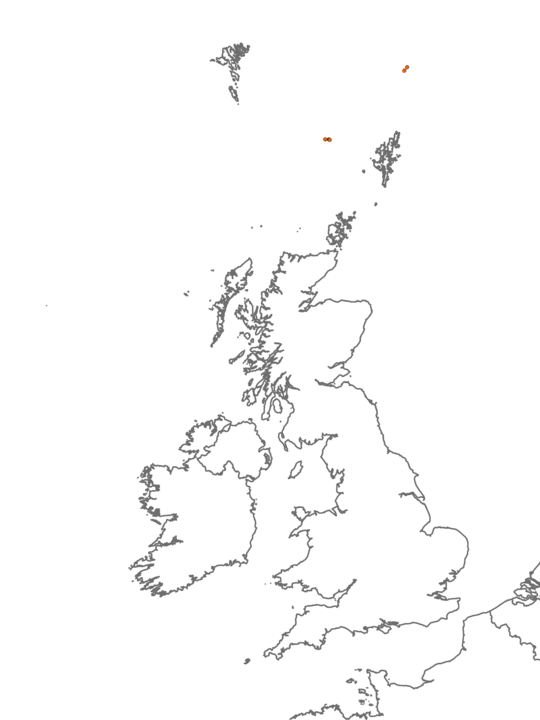 This biotope has been found at approximately 500m on the eastern slopes of the Faroe-Shetland Channel, it principally consists of rather small sponge specimens but that practically carpet the seafloor. Large sponges (tens of centimetres in diameter) are however common. The area where the community is observed experiences temperature fluctuations between <0°C to >8°C and heightend current speeds as a result of internal tides between Arctic and Atlantic environmental data. This assemblage is also known as Boreal Ostur. The same assemblage was recorded on sand substrate, but associated infaunal species are likely to differ. Characterising species listed refer to all Geodia and other massive sponge assemblages not just those found associated with the zone and substrate specified in this biotope. 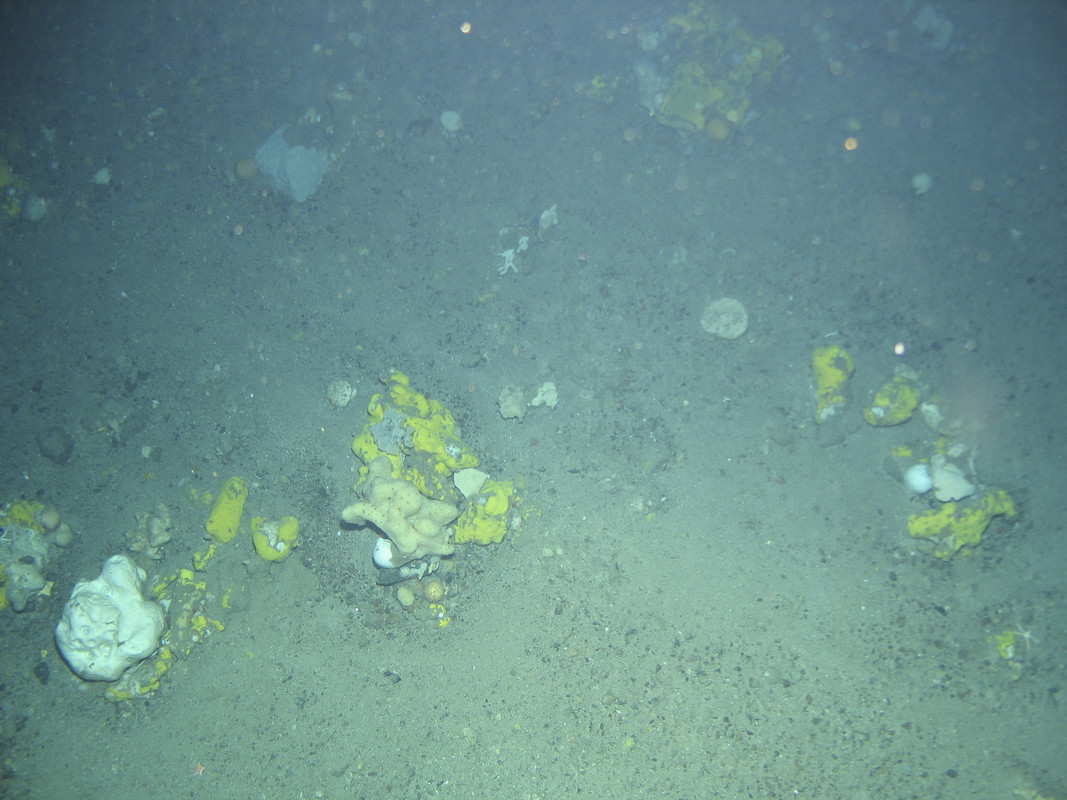