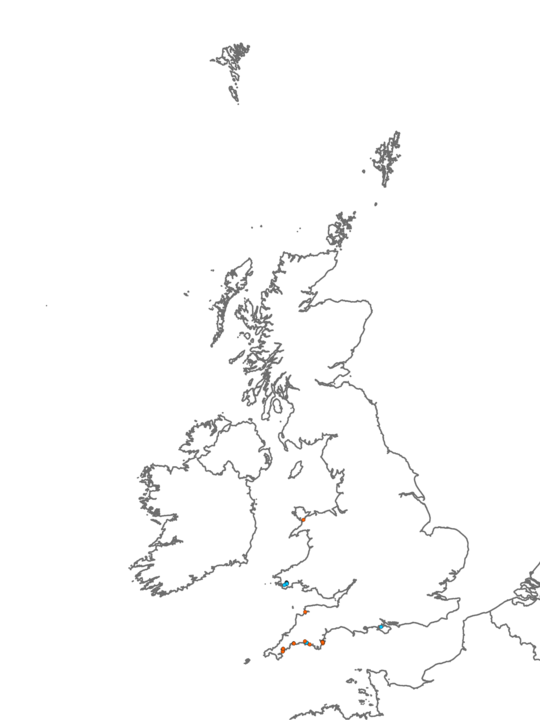 This sub-biotope occurs in more marine conditions in the outer parts of estuaries. A diverse range of cushion sponges and hydroids are present, unlike CuSp.VS, together with a number of colonial or small solitary ascidians. 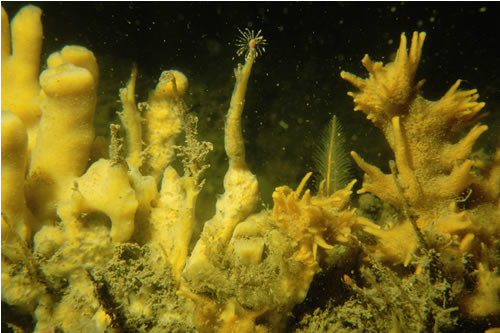