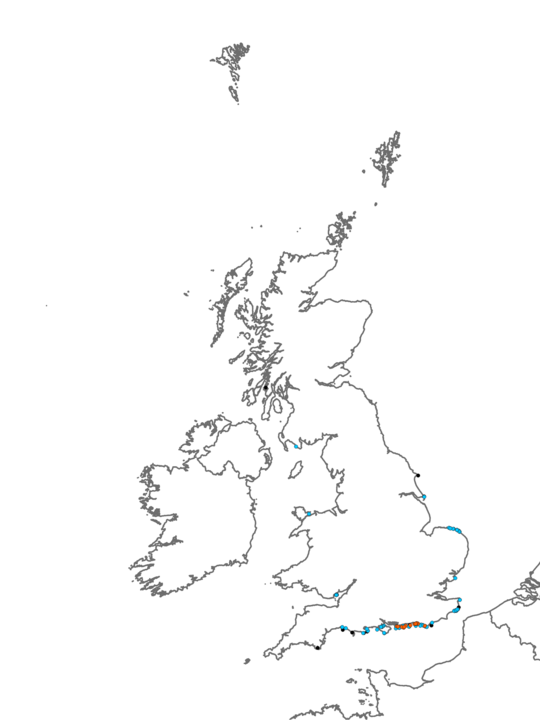 This biotope occurs on circalittoral soft rock, such as soft chalk or clay, most often in moderately exposed tide-swept conditions. As soft chalk and firm clay are often too soft for sessile filter-feeding animals to attach and thrive in large numbers, an extremely impoverished epifauna results on upward-facing surfaces, although vertical faces may be somewhat richer. The rock is sufficiently soft to be bored by bivalves. Species vary with location, but Pholas dactylus is the most widespread borer and may be abundant. Other species present may include the sponges Dysidea fragilis and Suberites carnosus and the polychaete Bispira volutacornis. Foliose red algae may be present on the harder, more stable areas of rock. Mobile fauna often include the crabs Necora puber and Cancer pagurus.

This biotope is found on sublittoral fringe soft rock on moderately exposed coasts. It is characterised by boring bivalves and the kelp Laminaria digitata.