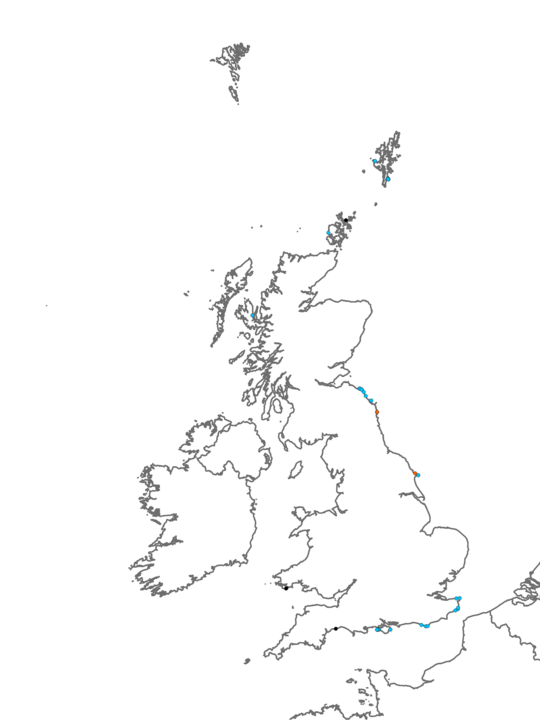 The upper walls and ceilings of upper and mid-shore hard and soft rock (chalk) dominated by a band of green algal films (or 'stains'). Other encrusting algae including the non-calcified Hildenbrandia rubra may be present. In chalk caves, on the east and south-east coasts of England, a distinctive assemblage of species occurs, including the brown alga Pilinia maritima and the bright green algae Pseudendoclonium submarinum and Entocladia perforans that often covers the cave ceilings. Fauna is generally sparse and limited to limpets such as Patella vulgata and the winkle Littorina saxatilis. The species forming a green algal film that covers upper shore caves in Berwickshire were not identified. More information required to validate this biotope description.

This biotope is situated above the AudCla or VmucHil zone, extending to cover the upper walls and ceilings of caves. GCv can be found at the entrances to caves and through to the darkest areas at the back and is often found above a zone of AudPil. In hard rock caves however, the green and brown algae (AudPil) or Haptophyceae (ChrHap) occur as separate zones or GCv may occur on its own. 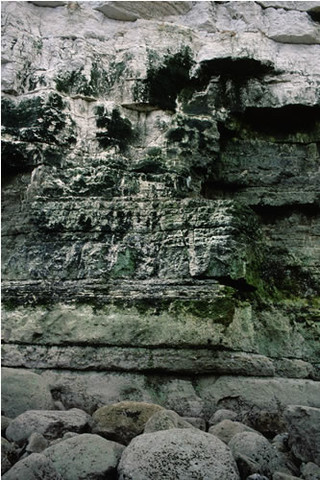 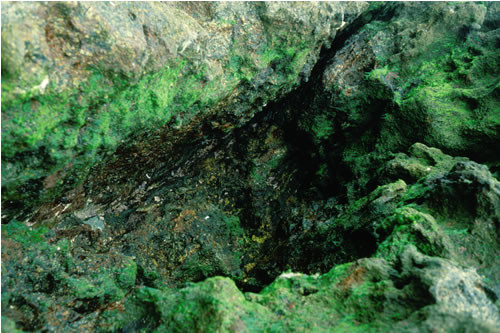