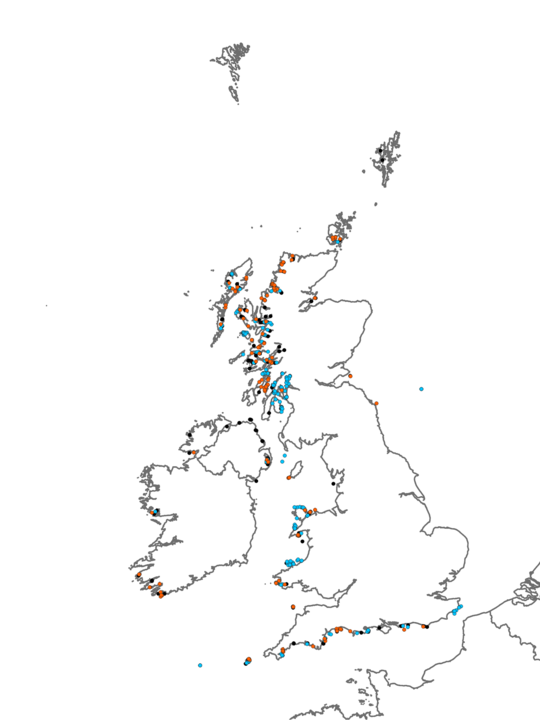 Circalittoral plains of sandy muddy gravel may be characterised by burrowing anemones such as Cerianthus lloydii. Other burrowing anemones such as Cereus pedunculatus, Mesacmaea mitchellii and Aureliania heterocera may be locally abundant. Relatively few conspicuous species are found in any great number in this biotope but typically they include ubiquitous epifauna such as Asterias rubens, Pagurus bernhardus and Liocarcinus depurator with occasional terebellid polychaetes such as Lanice conchilega and also the clam Pecten maximus. Ophiura albida may be frequent in some areas, and where surface shell or stones are present ascidians such as Ascidiella aspersa may occur in low numbers.

The current biotope is closely related to ClloModHo but lacks Modiolus and holothurians.

In areas of similar sediment but with a higher proportion of surface pebbles, cobbles and shells ClloMx is replaced by SMX.ClloMx.Nem