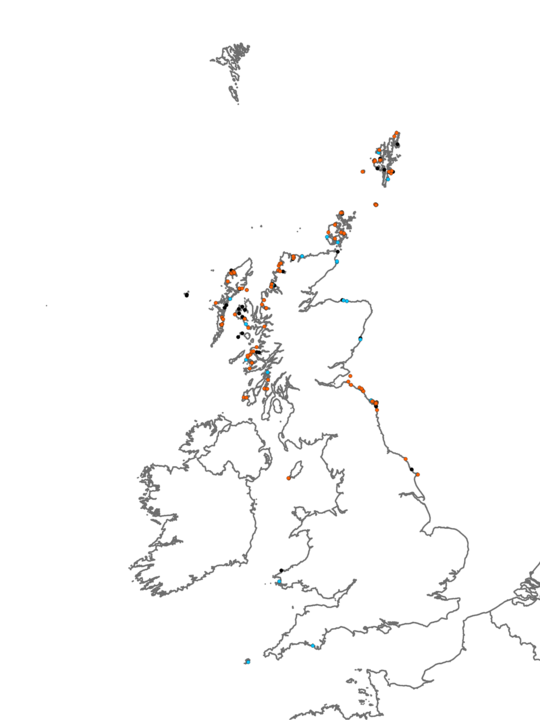 LhypVt is found on moderately exposed coasts in moderately strong to weak tidal streams generally in 0-20m water depth. It is characterised by the kelp Laminaria hyperborea, the soft coral Alcyonium digitatum and crinoid Antedon bifida. This biotope is relatively species poor when compared to similar biotopes in more exposed environments e.g. LhypRVt. The urchin Echinus esculentus may be frequently observed grazing the vertical rock face. This biotope may have 2 sub-biotopes. One is characterised by the frequent occurrence of the sea squirt Clavelina lepadiformis and the red seaweeds Phycodrys rubens and Cryptopleura ramosa. The brown seaweed Dictyota dichotoma may also be frequent in this sub-biotope. The second sub-biotope is more species poor than the previous one and is characterised by the common occurrence of Alcyonium digitatum, which is only occasional in the other variant.