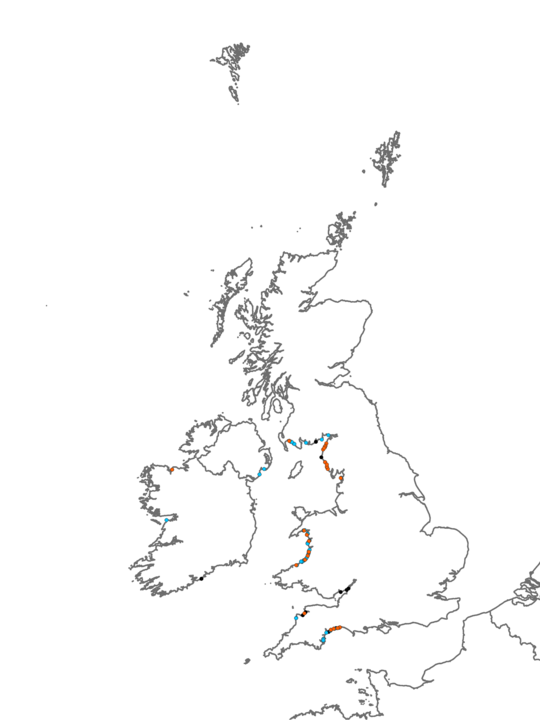 The sedentary polychaete Sabellaria alveolata (honeycomb worm) builds tubes from sand and shell. On exposed shores, where there is a plentiful supply of sediment, S. alveolata can form honeycomb reefs on boulders and low-lying bedrock on the mid to lower shore. These S. alveolata reefs are quite distinct from the mosaic of seaweeds and barnacles or red seaweeds (FK; MB) generally associated with moderately exposed rocky shores though many of the same species are present. These include the anemone Actinia equina, the barnacles Semibalanus balanoides and Elminius modestus, the limpet Patella vulgata, the top shell Gibbula cineraria and the winkle Littorina littorea. The whelk Nucella lappilus and the mussel Mytilus edulis is also present on the boulders whereas the polychaete Lanice conchilega is restricted to the associated sediment areas. Scour resistent red seaweeds including Palmaria palmata, Corallina ifficinalis, Mastocarpus stellatus, Chondrus crispus, Ceramium nodulosum, Osmundea pinnatifida, Polysiphonia spp. and coralline crusts can also be present where suitable substrata exsist. Brown and green seaweeds also present include Fucus serratus, Fucus vesioculosus, Cladostephus spongiosus, Enteromorpha intestinalis and Ulva lactuca.

Above Salv are biotopes dominated either by ephemeral seaweeds, such as Enteromorpha spp. and Porphyra spp. or the perennial wrack Fucus vesiculosus on mixed substrata (FvesB; Fves.X; EphX; EntPor). Rockpool biotopes dominated by the red seaweed Corallina officinalis (Cor), by wracks such as Fucus spp. or by kelp such as Laminaria spp. (FK) can usually be found above this biotope. Beneath this biotope is a community consisting of mixed scour-tolerant like the kelp Laminaria digitata and opportunistic foliose red seaweeds such as Polyides rotundus and Ahnfeltia plicata (Ldig.Ldig; XKScrR; EphR; PolAhn). 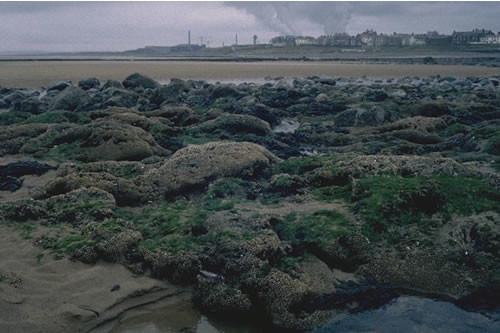 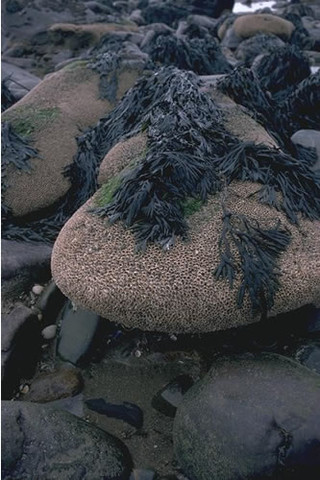 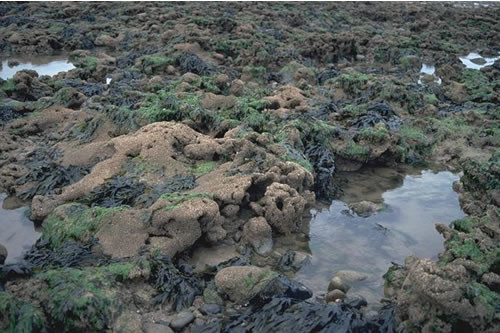