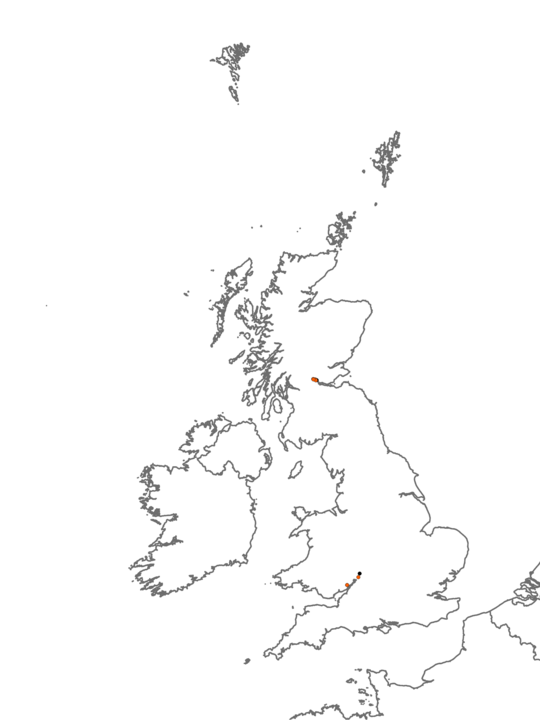 This biotope is found in the transitional zone between the freshwater and brackish environments where tidal currents are sufficiently reduced to allow the deposition of fine silt and the establishment of an infaunal community. It may be found adjacent to NeoGam away from the stronger tidal streams.

The position of this biotope in the estuary may vary seasonally depending on freshwater input (Gameson, 1982).

LhofTtub is similar to OlVS however the latter lacks the freshwater element.

NintGam may be found in conjunction with LhofTtub, although it lacks appreciable numbers of oligochaetes.