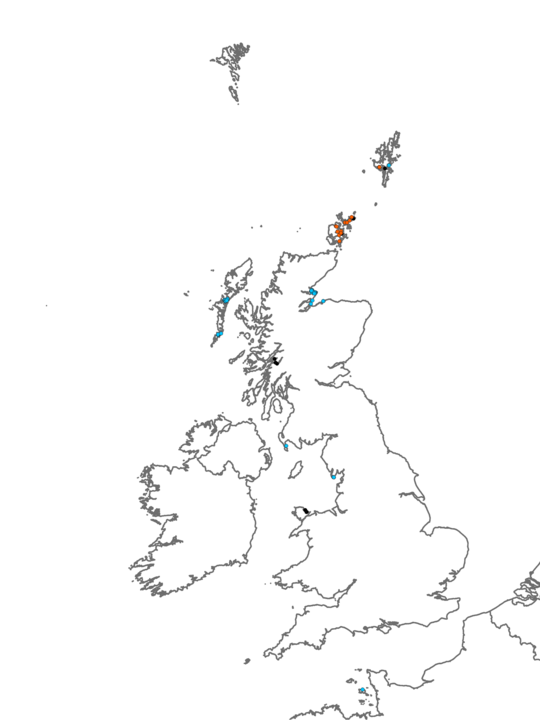 Sublittoral marine sand in moderately exposed or sheltered inlets and voes in shallow water may support large populations of semi-permanent tube-building amphipods and polychaetes. Typically dominated by Corophium crassicorne with other tube building amphipods such as Ampelisca spp. also common. Other taxa include typical shallow sand fauna such as Spiophanes bombyx, Urothoe elegans, Bathyporeia spp. along with various polychaetes including Exogone hebes and Lanice conchilega. Polydora ciliata may also be abundant in some areas. At the sediment surface, Arenicola marina worm casts may be visible and occasional seaweeds such as Laminaria saccharina may be present. As many of the sites featuring this biotope are situated near to fish farms it is possible that it may have developed as the result of moderate nutrient enrichment. The distribution of this biotope is poorly known and like the muddier SMU.AmpPlon, to which it is related, appears to have a patchy distribution.

It is possible that this biotope is a temporal or spatial variant of other more stable biotopes resulting from localised changes to sediment stability and organic status.

AmpPlon occurs on muddier sediment than TbAmPo and can be distinguished by the importance of Photis longicaudata in the muddier biotope.