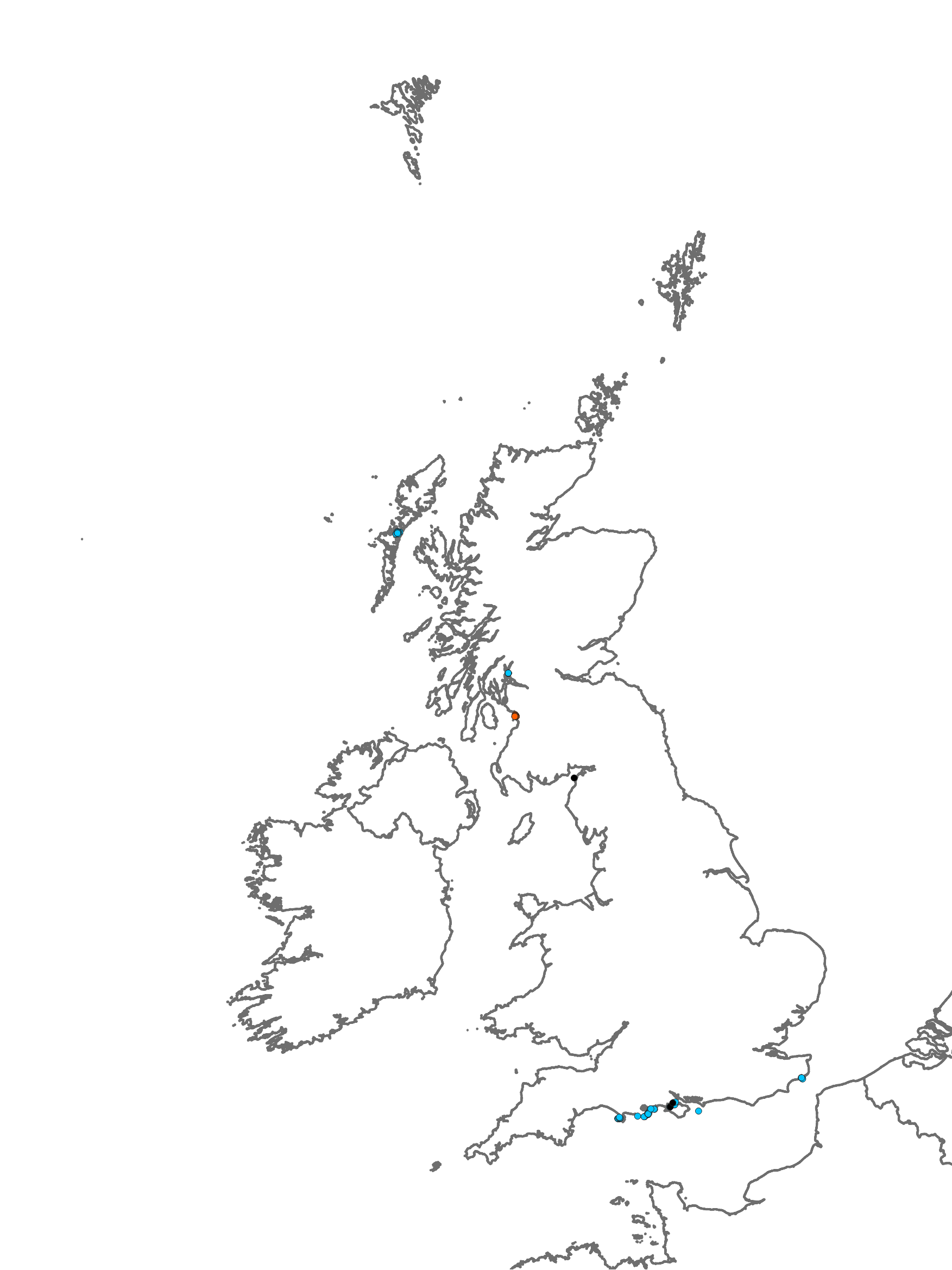 Sublittoral stable cohesive sandy muds occurring over a wide depth range may support large populations of semi-permanent tube-building amphipods and polychaetes. In particular large numbers of the amphipods Ampelisca spp. and Photis longicaudata may be present along with polychaetes such as Lagis koreni. Other important taxa may include bivalves such as Nucula nitidosa, Chamelea gallina, Abra alba and Mysella bidentata and the echinoderms Echinocardium cordatum and Amphiura brachiata. In some areas polychaetes such as Spiophanes bombyx and Polydora ciliata may also be conspicuously numerous. This community is poorly known, appearing to occur in restricted patches. In some areas it is possible that AmpPlon may develop as a result of moderate organic enrichment. A similar community in mud has also been reported in the Baltic which is characterised by large populations of amphipods such as Ampelisca spp., Corophium spp. and Haploops tubicola (see Petersen 1918; Thorson 1957) and it is not known if SMU.AmpPlon is a UK variant of this biotope.

In some areas of the Irish Sea this biotope is reported to be a temporal variant of AalbNuc, SsubNhom and LkorPpel. Some researchers consider these biotopes to be part of a wider muddy sand community which varies temporally depending on changes in sediment deposition and recruitment as was reported in areas of Red Wharf Bay off the Welsh coast (E.I.S. Rees pers. comm. 2002)

Similar to AmpPlon but differs in the variety and abundance of amphipods and is found in muddier sediments in sheltered sealochs such as Strangford Lough. It is possible that these two biotopes are actually part of a wider biotope which contains more than one entity depending on its geographic location and prevailing environmental conditions.