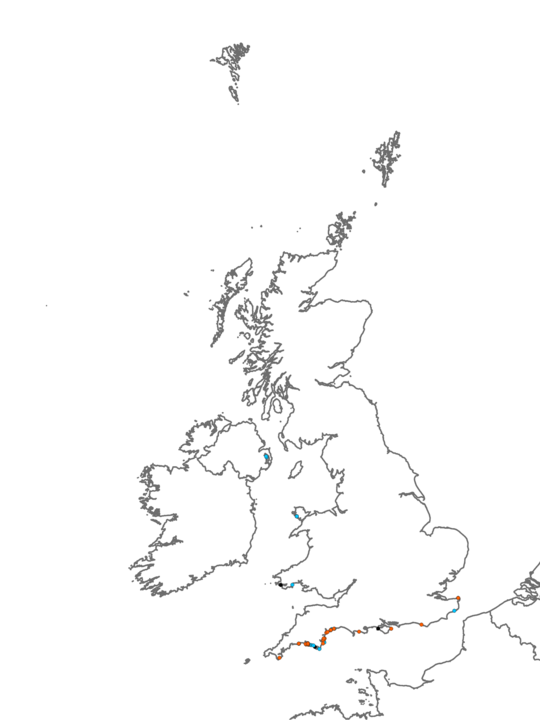 Shallow rockpools throughout the eulittoral zone on exposed to moderately exposed shores dominated by the brown seaweed Sargassum muticum and the red seaweed Corallina officinalis. Other brown seaweeds, including the kelp Laminaria saccharina, Laminaria digitata and the wrack Fucus serratus may occur along with Dictyota dichotoma, but S. muticum always dominates. Underneath the canopy is a rich red seaweed community which includes both foliose and filamentous species such as Palmaria palmata, Chondrus crispus, Lomentaria articulata, Osmundea pinnatifida, Ceramium spp. and Dumontia contorta. Encrusting coralline algae and Hildenbrandia rubra often cover the rock surface. The foliose green seaweed Ulva lactuca is usually present in high abundance growing on the mobile gravel and boulders on the bottom of the rockpools, often along with other ephemeral green seaweeds such as Cladophora rupestris and Enteromorpha intestinalis. The winkle Littorina littorea, the limpet Patella vulgata and the top shells Gibbula cineraria and Gibbula umbilicalis can often be found grazing on the biofilm of the rock surface or the seaweeds. Crevices and fissures in the rock provide cover for anemones such as Actinia equina and Anemonia viridis, cover while the prawn Palaemon serratus often can be found in large numbers hiding underneath the seaweed canopy or along the boulders on the bottom. Some sand scour can affect these rockpools.

Rockpools throughout the eulittoral zone in bedrock on exposed and moderately exposed shores. The non-native S. muticum is an opportunistic alga which has spread extensively around the south-west coast of Britain since its introduction to UK waters in the early 1970s from the northern Pacific ocean. It is spreading to other parts of the UK. It can dominate rockpools (and other habitats), often to the exclusion of other native species such as Laminaria spp. and fucoids.

As all the available records are from the south-west of Britain some changes in the species composition can be expected from more northern sites.

The variants of the Cor biotope do not have the same presence of large brown seaweeds and they occur across a broader range of wave exposures.

Occurs at the same wave exposure in the mid to lower eulittoral zone. Similar species richness and species composition, though F. serratus and L. digitata dominate instead of S. muticum. Due to less environmental stress (from scour) Ulva lactuca is not found in high abundance (Occasional). 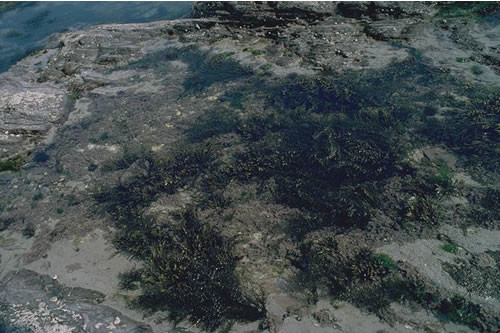 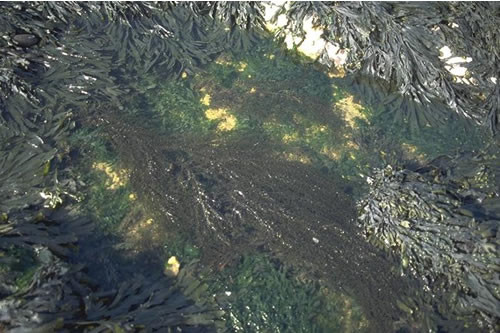