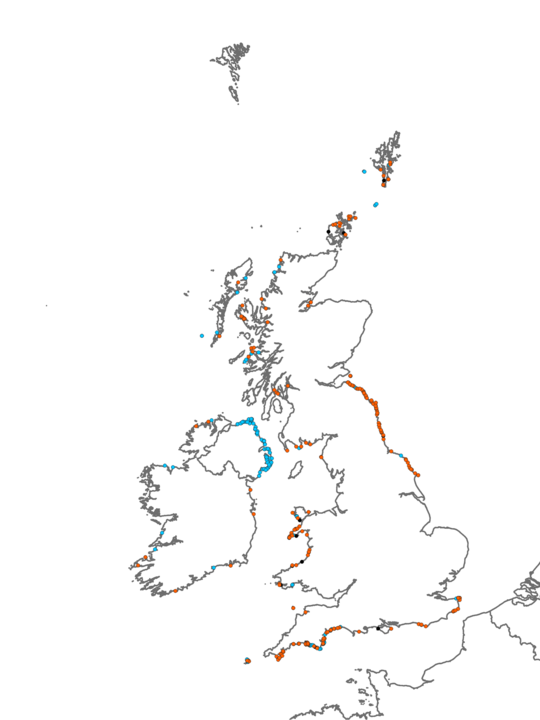 Deep or larger rockpools in the mid to lower eulittoral zone on exposed to moderately exposed shores characterised by the wrack Fucus serratus and the kelp Laminaria digitata and the red seaweed Corallina officinalis while encrusting coralline algae cover the rock surface. Other large brown seaweeds, including the kelp Laminaria saccharina and Halidrys siliquosa may also occur. A wide variety of filamentous and foliose seaweeds occur beneath the brown algal canopy. The species includes the red seaweeds Palmaria palmata, Chondrus crispus, Mastocarpus stellatus, Ceramium nodulosum and Dumontia contorta, but green seaweeds such as Enteromorpha intestinalis, Ulva lactuca and Cladophora rupestris can be present as well. Algal-free vertical and overhanging faces often support the sponge Halichondria panicea and anemones including Actinia equina and Urticina felina. Grazing molluscs including the limpet Patella vulgata, the top shell Gibbula cineraria and the winkle Littorina littorea are present on the rock surface while the mussel Mytilus edulis can be found in cracks and crevices. The whelk Nucella lapillus can be found preying on the mussels. Where boulders occur in these pools they provide a greater variety of micro-habitats which support a variety of fauna. Mobile crustaceans including the crabs Pagurus bernhardus and Carcinus maenas, brittlestars such as Ophiothrix fragilis and Amphipholis squamata, encrusting bryozoans and ascidians are typically found beneath and between boulders.

Rockpools throughout the eulittoral zone in bedrock on exposed and moderately exposed shores.

The abundance of grazing molluscs can vary considerably both spatially and temporally, resulting in fluctuations in algal diversity and abundance.

The variants of the Cor biotope do not have the same presence of large brown seaweeds and they occur across a broader range of wave exposure. 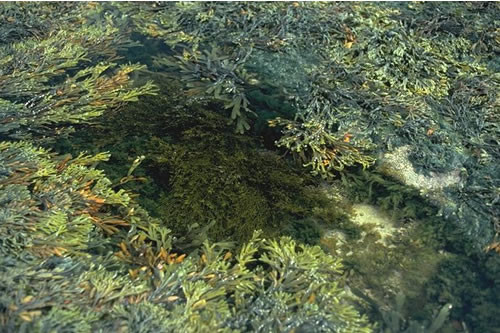 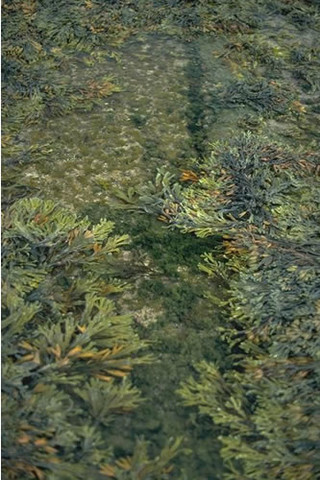 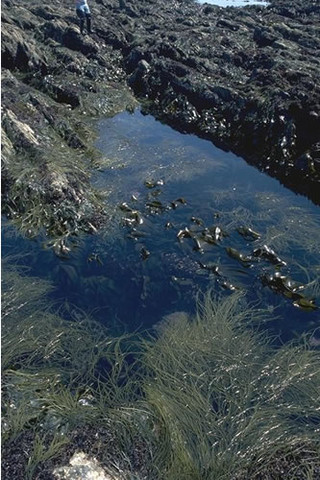