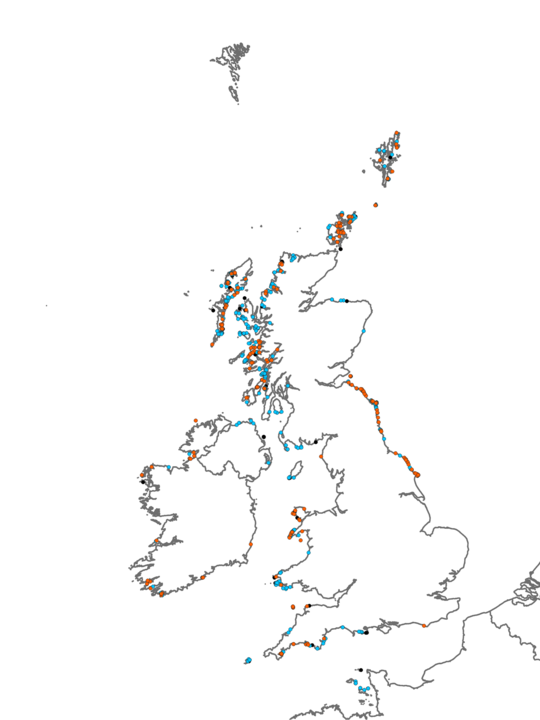 Moderately exposed upper infralittoral bedrock and boulders characterised by a dense forest of Laminaria hyperborea with dense foliose red seaweeds beneath the canopy. These include Callophyllis laciniata, Plocamium cartilagineum, Cryptopleura ramosa and Delesseria sanguinea. Kelp stipes are usually covered in a rich mixture of red seaweeds of which Palmaria palmata, Phycodrys rubens and Membranoptera alata are often present. Small kelp plants can also be found on the larger kelp stipes. Kelp fronds may be covered with a hydroid growth of Obelia geniculata or the bryozoans Membranipora membranacea and Electra pilosa. The kelp holdfasts can be colonised by bryozoans Scrupocellaria spp. and/or crisiids and colonial ascidians such as Botryllus schlosseri. The rock surface between the kelp plants is generally covered by encrusting coralline algae, often with sponge crusts Halichondria panicea. Small vertical surfaces within the kelp forest generally lack kelp plants, instead being characterised by foliose red seaweeds such as Dictyota dichotoma, the anthozoans Alcyonium digitatum, Urticina felina and Caryophyllia smithii, the tube-building polychaete Pomatoceros triqueter and gastropods including Calliostoma zizyphinum and Gibbula cineraria. Many grazers are found in the kelp forest, the most commonly occurring being the gastropods Gibbula cineraria and Calliostoma zizyphinum and the echinoderm Echinus esculentus. Other echinoderms present include Asterias rubens and Antedon bifida which can be locally abundant, particularly in the north-west.

This biotope occurs over a wide geographic area and is generally found below the sublittoral fringe Laminaria digitata zone (Ldig) and above the L. hyperborea park (Lhyp.Pk). In the north, Shetland in particular, LsacSac can occur in the lower infralittoral; where grazing influence is present the abundance of red seaweeds may be much reduced (Lhyp.GzPk). In turbid water kelp park is often absent and dense foliose seaweed cover may occur instead (XFoR). In areas affected by scour, such as the rock-sediment interface at the base of bedrock slopes, a mixed kelp canopy can develop below the kelp forest (XKScrR).

The under-storey of foliose and filamentous seaweeds will diminish towards the autumn and regrow in the spring. Otherwise this biotope is not known to vary markedly over time. Certain areas are prone to urchin grazing and this can substantially alter the community structure of the biotope, such that any site subject to intensive urchin grazing should be recorded as Lhyp.GzFt. 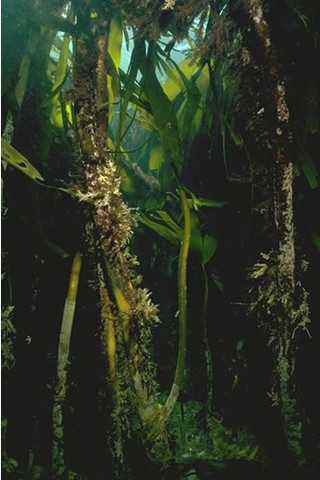 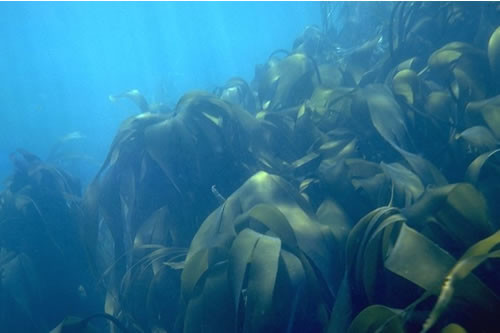 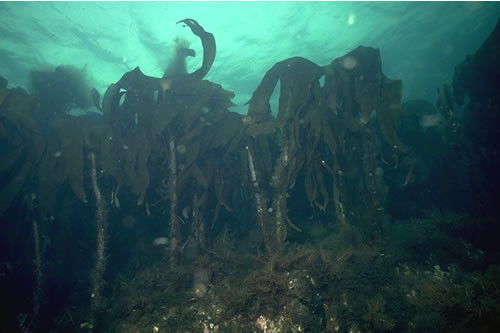